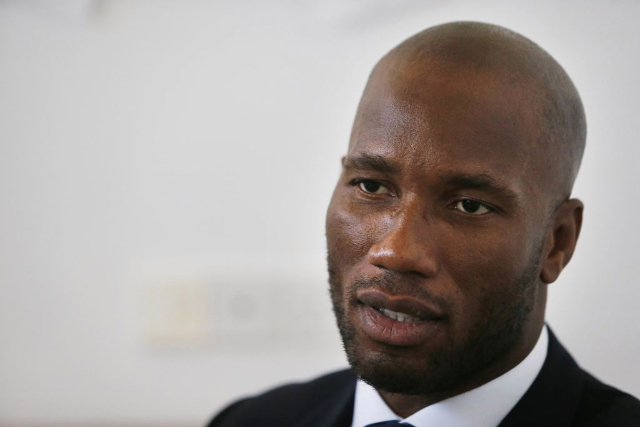 International soccer star Didier Drogba has helped his birthplace, Côte d’Ivoire, strike gold by helping to collect MOUs for a total of $15 billion in commitments to back tourism projects in the west African country.

The breakthrough comes ahead of the UNWTO Forum for Africa, which will take place in Abidjan next week (February 20-22) and the influential Forum de l’Investissement Hotelier Africain (FIHA), which takes place in Abidjan next month (March 23 – 25). FIHA is known for its ability to link up the new investors with developers, consultants, contractors, hoteliers and political leaders.

The former Chelsea striker – and now UN world tourism ambassador – was part of a successful global push to promote the rising success and attractiveness of Côte d’Ivoire’s tourist economy. The country boasts a GDP growth rate of about 8% in 2019 and, as a destination, it’s in third place in Sub-Saharan Africa, with 2 million international visitors, behind South Africa and Zimbabwe, ahead of Uganda, Botswana, Kenya or Mauritius (according to UNWTO 2018 data).

Matthew Weihs, Managing Director, Bench Events, which organises FIHA, said: “This is an extraordinary and impressive effort by Côte d’Ivoire; and it makes this year’s Forum particularly interesting because the funding commitments are in place and the task now is to make projects happen.” Last year’s successful FIHA in Marrakech attracted 300 delegates from 28 countries.

Under the banner, Sublime Côte d’Ivoire, Didier Drogba was a key player in a team of top Ivorian business and political leaders, as well as showbusiness figures, who took a roadshow to Dubai and Hamburg. They returned with more than 15 billion dollars of funding commitments for a variety of tourism projects, from hotels to resorts and coastline development. All the backers have been invited to attend FIHA.

Philippe Doizelet, the Managing Partner of Horwath HTL, the world’s largest and most experienced hospitality consultants, has been guiding Côte d’Ivoire’s efforts. He said: “It’s a blank page that the industry can write on in the most exciting way. Much has to be built – hotels alongside cultural centres and conference facilities, among other things.

The amazing coastline offers great ‘bleisure’ (a mix of business and leisure) opportunities. Beyond Abidjan; Boulay island, Bassam and Jacqueville are currently the most promising locations.” He sees the greatest potential in ‘mixed-use’ projects, combining leisure, office and retail units with hospitality, in particular, branded 2-star & 3-star hotels and extended stay apartments.

Leading the country’s ambition to make tourism one of the main pillars of the economy, is Tourism Minister Siandou Fofana. Described by Philippe Doizelet as “visionary and deeply committed. He works hard to bring people together and attracts the best experts.”

Bench Events, Managing Director, Matthew Weihs concluded: “FIHA and its affiliated event, the Africa Hotel Investment Forum, are central to driving investments in the regional hotel and mixed-use projects. The events connect key international and regional stakeholders, private and institutional investors to the hotel developers and operators that are fuelling the growth of the hotel industry across the continent. The projects that are promoted and funded at FIHA drive investments in tourism, stimulate economic growth in regional markets, create jobs and encourage much-needed infrastructure.”