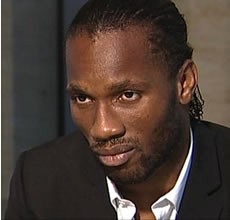 Drogba’s move to Shenhua has been speculated for months. He had also been approached by Al Wasl of the United Arab Emirates, coached by Diego Maradona, but its bid was less than Shenhua was believed offering.

“I am pleased to confirm today that I signed with the Chinese club Shanghai Shenhua FC”. Said Drogba

“I’ve signed a contract for a period of two years (until December 31, 2014) and I will join the team during the month of July”.

“I studied all the offers I’ve received in recent weeks and I feel that going to Shanghai Shenhua is the right direction for me now. I’m looking forward to this new challenge, to discover a new culture and I am very enthusiastic about the development of Chinese football league. When we came to China with Chelsea last season, we had a great time and we met the exceptional fans”.

“I hope to help promote Chinese football around the world and more to improve links between China and Africa! ”