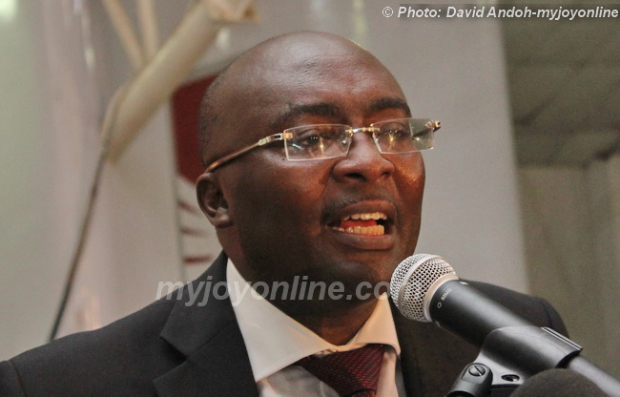 The Vice President Dr Mahamudu Bawumia has launched a new drivers’ license and vehicle registration smart cards that is set to revolutionise the road sector in Ghana.

For an authority that takes several months to deliver drivers licenses to applicants, the vice president said it will take a maximum of two to three weeks for applicants to have their licenses delivered under this new smart cards regime.

For premium applicants, it will take a day to have the smart drivers' licenses delivered, Dr Bawumia stated.

With these innovations, the vice president said “internet revolution has arrived at the DVLA.”

According to him, road transportation takes about 98% of the country’s transportation system and at the heart of this system are vehicles and their drivers.

Poking back at former UK Ambassador to Ghana Jon Benjamin who was mocking Ghana’s slow drivers’ license delivery system, the vice president said the change has come and Benjamin must come and witness it.

The maverick high commissioner had posted on twitter how smooth it was for him to receive his driver’s license on his return to the UK.

Dr Mahamudu Bawumia challenged the DVLA to institute an online payment system in order to complete what he believes is a world class structure instituted at the Authority.

He commended former DVLA heads and the present for committing to transforming a sector that is so important in the country’s economy.

The Vice president reiterated the commitment of the president to transform the economy and will stop at nothing to achieve that.

Chronicling the e-business registration process, the e-procurement process, the national identification, and the GhanaPost GPS system all of which have been launched by the current administration, the vice president “Ghana is on the road to modernization.”

“All these initiatives at the instance of the president and are to collaborate to ensure Ghana will be the preferred place to do business,” he stated.

He said the government will support any effort to make public sector efficient.

For a country endemic with corruption, Dr Mahamudu Bawumia stated these new initiatives will go a long way in fighting corruption in Ghana.

He said the automations systems being implemented by the government fits into the anti-corruption fight in the country.