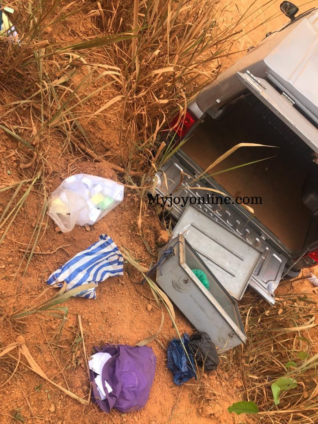 Vice President, Dr. Mahamudu Bawumia has revealed that government is expecting the introduction of the digital currency e-cedi to address attacks on bullion vans.

According to him, the e-cedi when implemented will drastically reduce cash transactions and bring transparency to all transactions within the country.

Delivering a public lecture on Ghana’s digital economy at the Ashesi University on Tuesday, Dr Bawumia said that “the e-cedi is simply the digital form of the physical cedi in circulation. It is a legal tender issued and backed by the central bank.”

He added that “when implemented, the incidence of fake or counterfeit currencies and bullion van robberies will be drastically reduced.”

His comment follows the increased attacks on bullion vans in the country. Already, the first half of 2021 has recorded four bullion van attacks.

JoyNews checks reveal that the robbers bolted away with the cash onboard the vehicles in three of the incidents. In two of the cases, the police officers escorting the van lost their lives.

Meanwhile, the Vice President who is hopeful that the e-cedi will be launched in 2022, explained that the Bank of Ghana has completed the technical work on the digital currency.

Dr Bawumia said that “with the digital currency, citizens and residents, both the banked and unbanked will hold currency in the form of a digital wallet.”

The digital currency or e-cedi which is to be piloted from September 2021 can be deposited on smart devices such as smartphones and smartwatches as savings, Head of Financial Technology and Innovation at the Bank of Ghana, Kwame Oppong, has disclosed.

Those without smartphones can also make payment or transfer or store/save the e-Cedi on phones which are not ‘smart’ in nature, using the USSD code.

“I can for instance have a card – very simple card – that I can store my e-Cedi on it. Rather than carrying a large sum of cash somewhere to go and make a payment, I could have one of these cards and save the e-Cedi on it. It’s also important to mention that because it’s digital, you can save beyond cards; you can also save it on smart devices such as smartwatches, smartphones. You can save [e-Cedi] on any device that is a smart device.”

The Bank of Ghana assured consumers that the e-Cedi will be well secured and safe from Cyber-attacks.

According to Kwame Oppong, there are many inherent securities embedded into the digital currency which makes it well protected.

He further mentioned that the Central Bank is using the most robust technology and design that will protect users of the e-Cedi.

“The e-cedi will be available for use in different means. If you have a bank account, you can spend it with your debit card, you can spend it by moving it with your banking app and similarly you can withdraw it onto offline card as well, and in that case you don’t see the e-Cedi physically or with your eyes. But all the safety features, and the security features that we incorporate into currency, are also going to be embedded in there”, he mentioned.