EC is trampling on our rights – Krobo youth 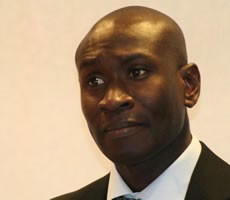 ELECTORAL COMMISSION IS TRAMPLING ON OUR RIGHTS, SAYS KROBO YOUTH

November 1, 2012, Odumase-Krobo: The people of Manya Krobo have accused the Electoral Commission (EC) of ignoring their concerns on issues regarding the suspended assembly elections in the Lower Manya Krobo District which had been on hold since 2010.

They said though all assemblies nationwide are functioning and are halfway through their four year term, attempts to get the EC to come out publicly with its plans for the elections in the area have yielded no result.

Mr. Philip Tetteh Padi, Commissioner of Kloma Gbi said “Law abiding as we are, we have used legal and intellectual options including direct letters to the Electoral Commissioner and his officials as well as other relevant institutions and ministries to get the EC to come out clearly with its intention but they would not respond to any of these appeals”.

“We are being compelled by EC’s silence to conclude that they are indifferent to our plight. We deem it our right at least to know what its plans are for our elections; these rights including our right to representation at the assembly level are being trampled upon and we are faced with no option but to advise ourselves” he said.

Addressing the durbar last Friday October 26, 2012, during this year’s Ngmayem festival, the Paramount Chief of the area, Nene Sakite II, lamented the state of the assembly and the apathy on the part of the authorities and appealed to the president to address the situation, reflecting the general feelings in the people of the area.

An earlier letter from the group indicated that though the regional boundary dispute which caused the suspension was resolved by the Supreme Court on June 13, 2012 and subsequently paved way for the conduct of the hitherto suspended Biometric Voter Registration (BVR) exercise in the disputed electoral areas, the EC has as yet taken no step to conduct the elections which was supposed to have been done in December 2010 and would also not speak on the issue.

About Kloma Gbi
Kloma Gbi is a youth-driven Civil Society/Advocacy group established and registered under the Companies’ Registration Code 1963 (Act 197) on the conviction of the need for a more effective and active voice for the Krobo state. The group exists to rally progress-minded youth of Krobo ancestry, leverage their expertise, vitality and sense of patriotism to promote the welfare of the people and the Krobo state on issues of education, development and general welfare. With an initial presence on social networks since 2010, the association transformed into a formidable group of learned, like-minded and farsighted young men and women. A rapidly growing association, Kloma Gbi seeks to be precisely what its name offers- being the most effective, recognized, vocal and representative voice for the Krobo community, working in close partnership with the local & traditional authorities, voluntary, public and private sector organisations and residents in the best interest of the Krobo state.