EC: Nobody will be allowed to take photographs while voting 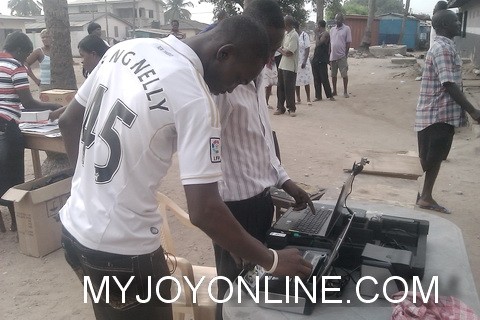 The Electoral Commission (EC) is warning the public not to use mobile phones inside voting booths on Election Day.

According to EC Central Regional Director Philomena Adusei, the practice whereby voters use mobile phones to photograph their ballots as they vote undermines the secrecy and sanctity of the polls.

Madam Adusei was addressing women groups and political party representatives in Cape Coast, where Central Regional correspondent Richard Kwadwo Nyarko quoted Madam Adusei as saying: “…The Commission will not allow anybody to take pictures during voting in the poling booth.”

Appearing on Joy FM’s The Election Forum last week, Media Strategist Maximus Ametorgoh recommended such a ban, suggesting that if voters can use a picture to prove who they voted for, vote buying will be more prevalent.