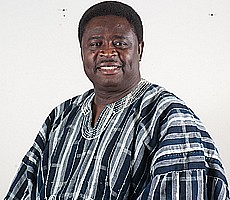 The Electoral Commission has asked the flag-bearer of the Convention People’s Party (CPP) to take back his nomination forms and return them only when he has corrected a minor error in the passport photographs he submitted.

According to the EC, its regulations require that any candidate contesting elections must photographs that show both pinnas of the ear.

The photographs submitted by the CPP flag-bearer however showed one ear promoting the EC to demand a replacement of the photographs.

The Presidential and Parliamentary candidates contesting the December polls have been submitting their nomination forms this week.

The NPP’s Nana Akufo-Addo’s forms were submitted on his behalf by his running-mate, Dr Mahamudu Bawumia Wednesday. The NDC submitted President Mahama’s nomination forms to the EC today.

Dr Sakara is expected to return later today to complete the submission of his forms.