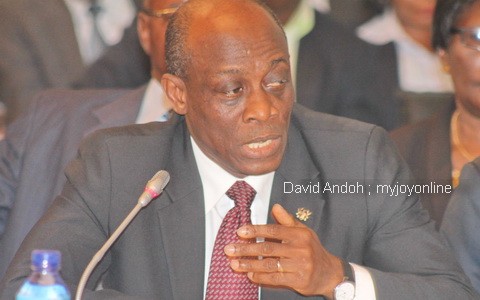 Finance Minister Seth Terkper says the National Economic Forum set to begin on Tuesday will discuss existing economic policies and to correct shifts that have occurred in the economy as a result of Ghana's attainment of a lower middle income status.

His explannation follows the decision by the NPP to boycott the forum. The New Patriotic Party pulled out of the forum accusing government of breach of faith.

The party said for a forum set to begin, Tuesday, they had not been given any base document which would form basis for a thorough discussion.

According to the chairman, Paul Afoko, the government has put together a number of economic reforms to be implemented between 2014-2017, under a policy document titled "Economic and Financial policies for the medium term", a policy they have already submitted to the IMF.

Dr Anthony Akoto Osei questioned the prudence in discussing government's economic policies if it had already concluded its reforms and submitted it to IMF.

But speaking with Joy News, the Finance Minister said the forum will be to fine tune existing economic policies that have been approved by Parliament.

He explained Ghana is feeling the impact of its new economic lower middle income status because the World Bank no longer lends Ghana monies to be paid over 40 years.

He said there is also the dwindling resources from development partners, all of which have impacted negatively on the country's economy.

Seth Terkper said the Forum would take into consideration all these major shifts that have occurred  as a result of these challenges  and would consolidate measures approved by Parliament.

The Minister also responded to criticism that the government, the convener of the Forum, had failed to provide the necessary documents for the discussants before the day of the Forum.

Seth Terkper said participants would be given the concept paper when they register for the forum on Tuesday.

He is convinced the many issues to be discussed are already in the public domain.

The four-day Forum opens on Tuesday.