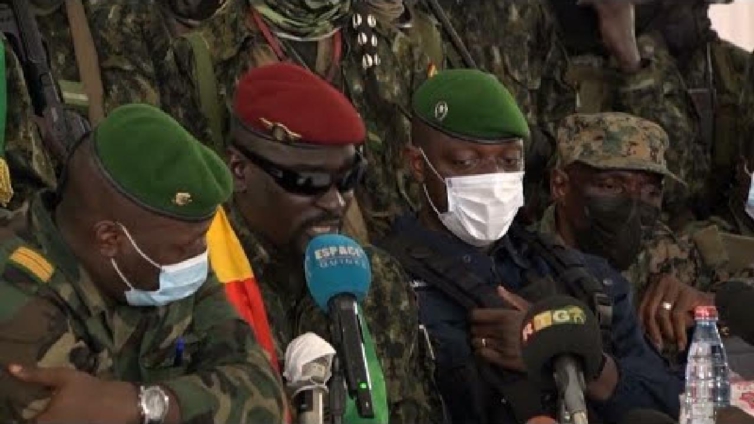 International Law lecturer at the University of Ghana, Kwadwo Appiagyei-Atua has slammed ECOWAS for its high-handedness on the military junta that deposed President Alpha Condé of Guinea on Sunday, September 5.

Prof. Appiagyei-Atua contended that the regional bloc’s ex-communication of Guinea and the decision to freeze assets of members of the ruling junta is unwarranted at this juncture.

Asserting that the move by the Nana Akufo-Addo-led bloc is “harsh,” the Professor of Law submitted that what the Ghanaian President and other regional leaders should have done was to give timelines to the National Committee of Reconciliation and Development (CNRD) which ousted embattled Condé.

The timelines, he told Samson Lardy Anyenini on Newsfile, could be, “within one month, former appointees should be released from prison; in the next month [they should] think about building a new constitution from the ground or amend the current one…”

ECOWAS leaders, he continued, may then move ahead with sanctions should the Colonel Mamady Doumbouya-led military junta fail to meet the targets.

The lecturer lamented that the “harsh” decision by ECOWAS may be counter-productive and the victims would be the ordinary citizens of Guinea should the junta turn the guns on them.

His comments follow fallouts between the ruling junta and other West African leaders, operating through ECOWAS, the regional bloc.

The Special Forces in Guinea under the command of Doumbouya arrested and detained President Condé over concerns about poverty and corruption, and because he was serving a third term after suppressing opposition to amend the constitution to permit it.

ECOWAS has since called for the unconditional release of Condé and restoration of Guinea to constitutional rule within six months.

The junta says the deposed President will remain in the country, calling the bluff of ECOWAS. The coup leaders, however, say they will soon institute a transition.

Meanwhile, ECOWAS continues to face criticism over its inability to override coup catalysts—such as arbitrary doctoring of Constitutions—in the sub-region.

The African Union’s Charter on Democracy, Elections & Governance in Article 23 (5) precludes the doctoring of local laws to perpetuate leaders’ stay in office. ECOWAS itself has promulgated a Supplementary Protocol on Democracy and Good Governance which bars the unlawful stay or change in government.

However, both the AU and ECOWAS have failed to take a tough stance against Presidents who forcefully amend their country’s constitution to permit third or indefinite terms in office.

Alassane Ouattara, President of the Ivory Coast who is guilty of this, was among the ECOWAS delegation to Guinea in the bloc’s bid to prevail on the coup leaders to step aside, a move analysts say is a slap in the face of the Guinean junta.

Notwithstanding this, the military in Guinea must remain apolitical and must prepare to ultimately cede power to a democratically elected group, a fact made clear by Prof. Appiagyei-Atua.