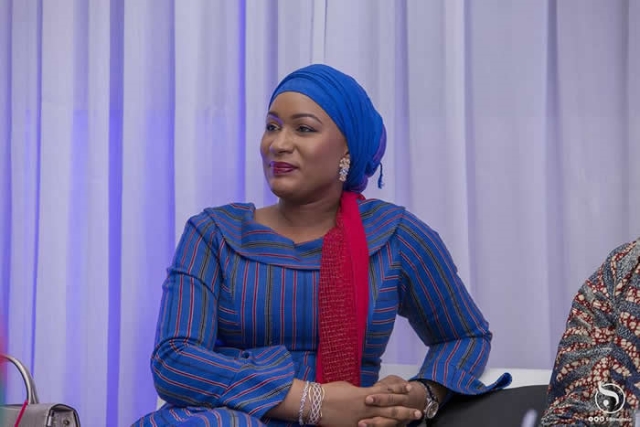 Wife of the Vice President, Samira Bawumia has said the struggle for gender equality will be meaningless unless the girl child is empowered through education.

She said access to education plays a crucial role in women empowerment and has, therefore, bemoaned the alarming figures of girls of school going age who are out of school, which could adversely impact on their future as adults.

“While we fight for greater rights and equality for women in all spheres of life, let us not forget that educating the girl child remains the bedrock of women empowerment. Every woman was once a girl, so an empowered girl makes for an empowered woman,” Mrs Bawumia stated at the Global Women’s Empowerment event held in Philadelphia, US on Saturday, March 10, 2018.

Her Excellency Mrs Samira Bawumia was speaking at the Global Women Empowerment Event in Philadelphia at the invitation of the US-Ghana Chamber of Commerce in recognition of her exemplary activism and advocacy in the areas of education and women empowerment.

Mrs Bawumia through the Samira Empowerment and Humanitarian Projects has donated over 50,000 books to 17 Scholls across several regions in Ghana. She has also committed to provide an ultra-modern literacy centre for the Kanda Cluster of Schools.

“The progress made in individual nations is commendable but the global picture leaves much to be desired. According to UNICEF, there are more than 1.1 billion girls in the world today. This is a significant number whose fate should not be left to chance. Without a deliberate effort and policy to help shape their future, the prospects for some of these girls are bleak,” she warned.

There are still 31 million girls of primary school age out of school. Of these, 17 million are expected never to enter school, according to UNESCO. Also, UNESCO estimates that there are 34 million female adolescents out of school while almost a quarter of young women aged 15-24 today numbering 116 million in developing countries have never completed primary school and so lack skills for work; and two-thirds of the 774 million illiterate people in the world are said to be females.

“Let us not take these numbers just as abstract figures. Unfortunately, these figures represent girls and women who bear the brunt of society’s difficulties because they lack the basic skills and the springboard which education provides for their economic and social takeoffs,” Mrs. Bawumia stated.

She stressed on the need to prioritise girl child education now since that will have a ripple effect on national development.

She said: “Lack of education has a debilitating effect on women empowerment, maternal health, job opportunities, and exposes girls to gender-based violence and forced marriages. To illustrate, UNICEF estimates that ‘if all women had secondary education, there would be 49 percent fewer child deaths. Again, according to UNICEF; if all women had secondary education in sub-Saharan Africa, South and West Asia, child marriage would drop by 64 percent.

Nearly a century after his death, all evidence still points to the fact that prioritizing girl child education, especially in the developing world, does not only empower the girl but it serves as a catalyst for the development of the entire nation.”

Mrs. Bawumia has therefore touted the Free Senior High School Education programme being spearheaded by the Akufo-Addo-Bawumia administration, believing it will help break the shackles impeding the progress of women.

“For these reasons, it is imperative that as we champion the cause of women, we should endeavor to shape national policy such as access to education. This is because if the frontiers are opened, girls and women stand to benefit more.

“In many countries, education opportunities exist but because of poverty, girls are often sacrificed. Countries such as Ghana are making some progress in this regard. I am happy to say that the government of Ghana last year made education at the secondary level absolutely free for all children of school going age. This means the government pays for tuition, books, feeding, uniforms and boarding fees.

“Initiatives such as these are not gender biased but from the statistics, it is clear however, that girls would benefit immensely and the standard of living of women will be greatly enhanced in the long run,” the Second Lady told her global audience.