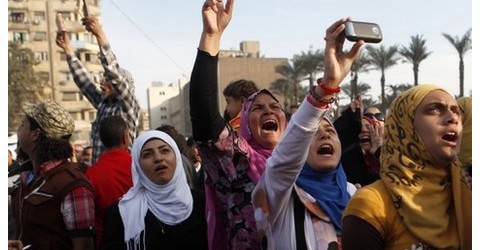 Judges in Egypt have refused to oversee a vote on the country’s new draft constitution, to be held in two weeks.

The court said it was suspending its work after its members were prevented from ruling on the legitimacy of the body that drew up the constitution.

Opposition groups called for protests against the referendum on Tuesday.

They said Mr Morsi had broken a promise not to call a referendum without gaining a wide national consensus.

“The National Salvation Front condemns the irresponsible act by the president of the republic in calling a referendum on an illegitimate constitution that is rejected by a large section of his people,” an alliance of opposition groups said in a statement.

The opposition believes that the draft constitution undermines basic freedoms.

The latest developments heighten the tensions between President Morsi and his Muslim Brotherhood supporters on one side, and his mainly secular political opponents and the judiciary on the other.

Hours after the Supreme Constitutional Court suspended its work, the Judges’ Club, the union which represents the profession nationwide, said it had turned down the judges’ traditional role of electoral oversight for the referendum.

“We have decided to boycott the supervision of the referendum on the constitution scheduled for December 15, 2012,” the club’s head Ahmed al-Zind announced.

“This protest is in response to what is being called the ‘constitutional decree’ and until this decree is rescinded.”

Correspondents say the club’s decisions are not binding on members, and Vice-President Mahmoud Mekky said he was confident judges would do their job.

The Supreme Constitutional Court had earlier described Sunday as “the blackest day in the history of Egyptian judiciary” after its judges were prevented from attending a meeting by Islamist protesters.

The court had been scheduled to rule on whether to dissolve both the constituent assembly that passed the draft constitution and the Islamist-dominated upper house of parliament, the Shura Council.

Supporters of President Mohammed Morsi wanted to block any ruling that would question the document’s legality.

Mr Morsi adopted sweeping new powers in a decree on 22 November that stripped the judiciary of any power to challenge his decisions, so it is unclear what effect any Supreme Constitutional Court ruling would have had.

However, analysts say any ruling opposing his decisions would be a direct challenge and would bolster the opposition campaign to have his decree annulled.

The president’s supporters are wary of the court, as it dissolved an Islamist-dominated lower house of parliament in an earlier confrontation in June.

The draft constitution was rushed through the constituent assembly on Thursday night.

After receiving a copy of the document on Saturday, Mr Morsi called on “all Egyptians” to take part in the referendum, whether or not they agreed with the draft.

The draft constitution and the recent decree have prompted widespread protests by opponents.

Many anti-government activists remain camped out in Cairo’s Tahrir Square.

If approved, the new text will overwrite all constitutional declarations – including Mr Morsi’s decree – and a new parliament should be elected within 60 days.

Among the historic changes to Egypt’s system of government, the draft limits a president to two four-year terms. It also introduces some civilian oversight of the military.

The draft keeps in place an article defining “principles of Sharia”, or Islamic law, as the main source of legislation.

Mr Morsi’s supporters point to the fact that he is Egypt’s first freely elected president and argue that liberals and secularists do not represent the vast majority of Egyptians.

But the extent of Mr Morsi’s new powers has raised fears that he might become a new dictator.