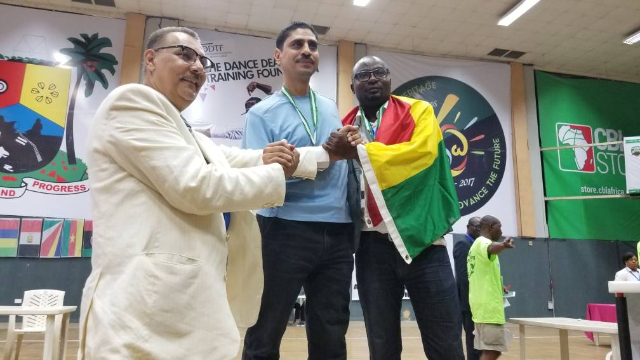 Three countries have named their athletes to represent them at the 9th Africa Arm Wrestling Championship to be hosted in Accra from Thursday, July 26 – 29.

The championship dubbed ‘ACCRA 2018’ would take place at the DG Hathramani Hall situated at the Accra Sports Stadium and it is expected to attract over 13 countries from the continent.

More than 100 athletes from these countries including host nation Ghana would converge at the venue to battle it out for laurels and bragging rights within the period.

The team would be led by President of the Egypt Armwrestling Federation, Mahmoud Mahmoud Mostafa Baeakat.

The largest island on the continent, Madagascar would be participating in the event for the first time and has also named the following as their team for the championship; Tsitana Iloarahoke Koto and Jia Kinta Fanjava Alex. They would be led by Alex Randriam Anarivo who is the President of the Madagascar Armwrestling Federation.

Cameroun, on the other hand, has also participated in all event and would be represented by; Bassananen Narcisse Bienvenu, Anong A Ngon Ismael, Fobasso Achille, Tchoukeu Charly Franklin, Essaka Thomas and Njuwou Ngnambi Ibrahim.

The team would be coached by Kibengue Wilfried and accompanied by; Yaho Calvin and Mbella Edouard who are Board Members of the Cameroonian Arm wrestling Federation.

Both Cameroon and Egypt placed 4th & 5th in the last championship hosted by Nigeria in Lagos.

The 2018 Africa Arm wrestling Championship is sponsored by K-Balm Ointment, Go On Energy Drink, Erata Hotel, I-Level Media and Supported by the Ministry of Youth & Sports and the Accra Metropolitan Assembly.