Elizabeth Ohene: I can breathe here 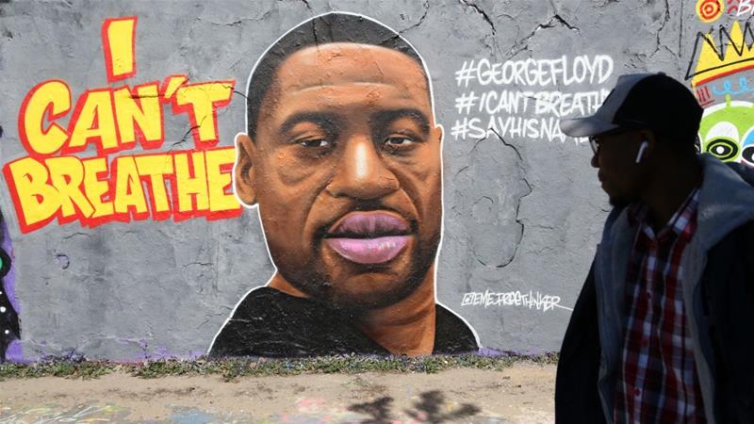 It felt personal. As I watched the breath ebb out of George Floyd under the deliberate weight of the knee of the uniformed white police officer on his neck, I felt the asphyxia myself.

My mind went to the many people I know, Ghanaians and other Africans who have gone to a lot of trouble to send their children to universities in America. My mind went to the number of times I have thought I should write about the tragedy of the young talents Ghana is losing every day to the United States because many of our bright young people choose to remain there after completing their education.

My mind went to the number of people I know who had planned journeys to America to attend the graduation ceremonies of their children or grandchildren and COVID-19 had blown away their plans.

I know many of those young people whose achievements in top universities should be celebrated and who had followed the footsteps of other Ghanaians that we have lost and who now form part of the critical tech industry that creates the wealth of America.

That struggling body which managed to bring out the “I can’t breathe”, under the weight of the policeman, could have been any of them.

My mind went to the Ghanaian I met in New Jersey back in 2013. He lived in Brooklyn and spelt for me the epitome of the hardworking, industrious Ghanaian adventurer.

The story of how he got to America, the journey from the Ashanti heartland to Egypt, to Kuwait, through other unmentionable places and finally to America, would make an epic movie.

At the time I met him, he had a going business as a freight forwarder and I was impressed by his drive and honesty. He was ever so proud of having made it to America and wanted to go back home to Ghana one day as a successful man.

My mind went to the number of Ghanaians I met in an upmarket hotel in Manhattan last September, who were working there as chambermaids and waiters.

Each one of them had a heartbreak story; a feckless partner who dissipates the hard-earned money they bring home, their recurring nightmare of trying to build houses back in Ghana and the money they send home never going into what it is meant to do. They were all putting their children through school and had great hopes for them.

That struggling body, under that white policeman on the street of Minneapolis, could have been any of these women or their children.

My mind went to the many black American friends that I have, to the sheer number of Africans in the diaspora who accepted President Nana Addo Dankwa Akufo-Addo’s invitation last year to come and visit Ghana, and who made our Year of Return such a roaring success.

The Africans on the continent and the descendants of the slaves in America might not like each other, they might not be willing or able to see any relationship with each other, but the rest of the world does not see them as different; all of us are black and that is all that matters.

And once you are black, and in the United States, you are a candidate for being wrestled to the ground by policemen and the rest of the story will be dependent on how lucky you are on that particular day.

That is why the George Floyd experience is personal and I feel the full weight of the 400 years of hatred and disrespect on the face and knee of Officer Derek Chauvin.

The only solution that I can find lies in our making Ghana and the rest of Africa work. There is a generation of young black people growing up in America today who are the children of the Ghanaians and other Africans who were accidental immigrants to the US in the past 50 years.

They do not have the advantage of the self-confidence that comes from being brought up in Ghana and simply being Ghanaian and not having to deal with being black or whatever colour. They will be sucked into the black American statistics.

We dare not accept this narrative and I believe the past three months of the COVID-19 pandemic has brought an opportunity that we could use.

All those Ghanaians who have houses and other properties in the US, the UK, Dubai, or wherever the popular places are for rich Ghanaians to buy property, would have recognised that when it came to the real crisis, all those properties were of no use to them.

All those who rely on going abroad for their medical problems would have realised that when it came to the real crisis, the only hospitals available to them were those in Ghana.

All those who had private jets at their disposal or were on commercial flights every other week would have realised that when it came to the real crisis, the only destinations available to them were their villages that had no toilets.

All those young doctors who had determined to go to the US and work in their hospitals because the hospitals here in Ghana did not have the latest equipment and gadgets would have realised that when it came to the real crisis, our health facilities could rise to the occasion.

And maybe all those young couples who go to such lengths to make sure that their babies are born in the US of A, so those children will have American passports and “better opportunities”, will recognise that their expensively born and beloved children are George Floyds who “can’t breathe” under the knee of Officer Derek Chauvin.

Being black is personal.