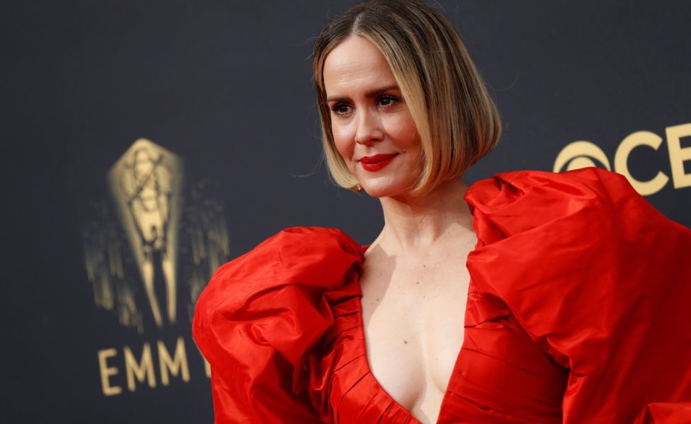 The brightest stars in television gathered in Los Angeles on Sunday for the 73rd annual Primetime Emmy Awards.

Many nominees were back on the red carpet in person after last year’s event saw most dial in virtually.

While several of the A-list nominees are at the ceremony in LA, some of the British talent are appearing from London.

Here’s a round-up of the most eye-catching suits and dresses.

Emerald Fennell, nominated for her portrayal of The Duchess of Cornwall in The Crown, was one of the British nominees who attended the Emmys’ London base.

The stars of RuPaul’s Drag Race, including RuPaul himself (second left), collected the prize for outstanding reality competition series.

Michael Douglas, who was nominated for best comedy actor for his performance in The Kominskey Method, walked the red carpet with his wife, actress Catherine Zeta-Jones.

Kenan Thompson was nominated for both lead comedy actor and supporting comedy actor – for Kenan and Saturday Night Live respectively.

Schitt’s Creek swept the Emmys last year, but its stars were not able to attend the Los Angeles ceremony. This year, Eugene and Dan Levy were there in person and presented an award later in the night with co-stars Catherine O’Hara and Annie Murphy.

Comedian and actor Cedric The Entertainer hosted the ceremony in Los Angeles.

Kaley Cuoco, well known for starring in The Big Bang Theory, was nominated for best comedy actress for her performance in The Flight Attendant.

British actress Cynthia Erivo, who played Aretha Franklin in the series Genius: Aretha, was nominated for best lead actress in a limited series.

A smiling Michaela Coel was pictured heading into the ceremony, where she went on to win best limited series writing for I May Destroy You.

The Crown star Josh O’Connor won the award for best lead actor in a drama series for his portrayal of Prince Charles.

British actress Emma Corrin, who played Princess Diana, was one of the only stars of The Crown to go home empty handed.

Billy Porter was nominated for lead drama actor for his performance in Pose, which is also recognised in the best drama series category.

Olivia Colman was named best drama actress for her portrayal of Queen Elizabeth II in The Crown. She also attended the Emmys from London.