A selection of the best photos from across and about Africa this year from festivals to revolutions: 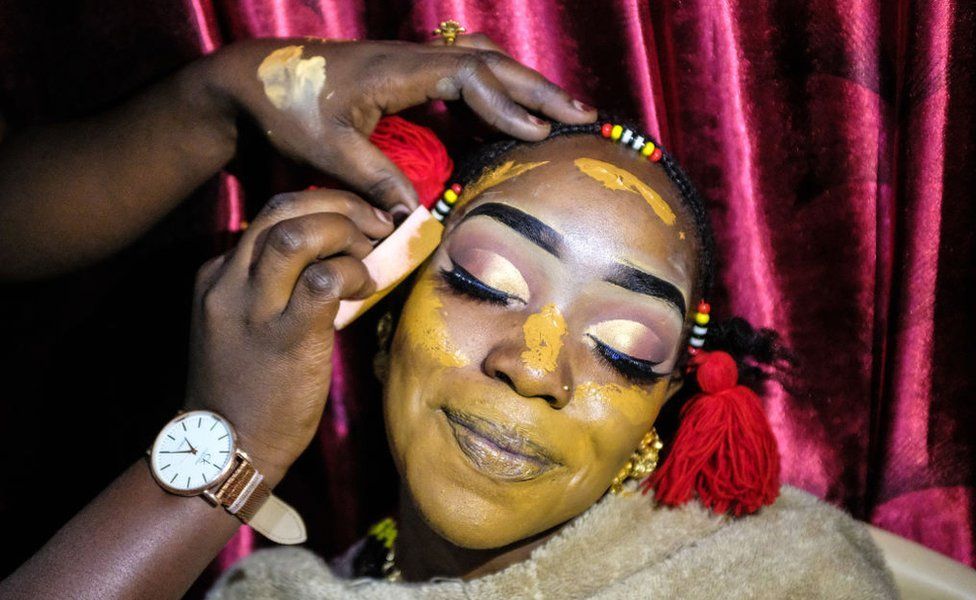 A bride from the Nubian ethnic group has her make-up done in August before her wedding in Kenya’s capital, Nairobi. Originally from Sudan, Nubians were brought to Kenya more than 100 years ago by the British to serve in its armed forces.

Now a community of about 100,00, they have long complained of marginalisation in Kenya and citizenship is still “not assured”, activists say. 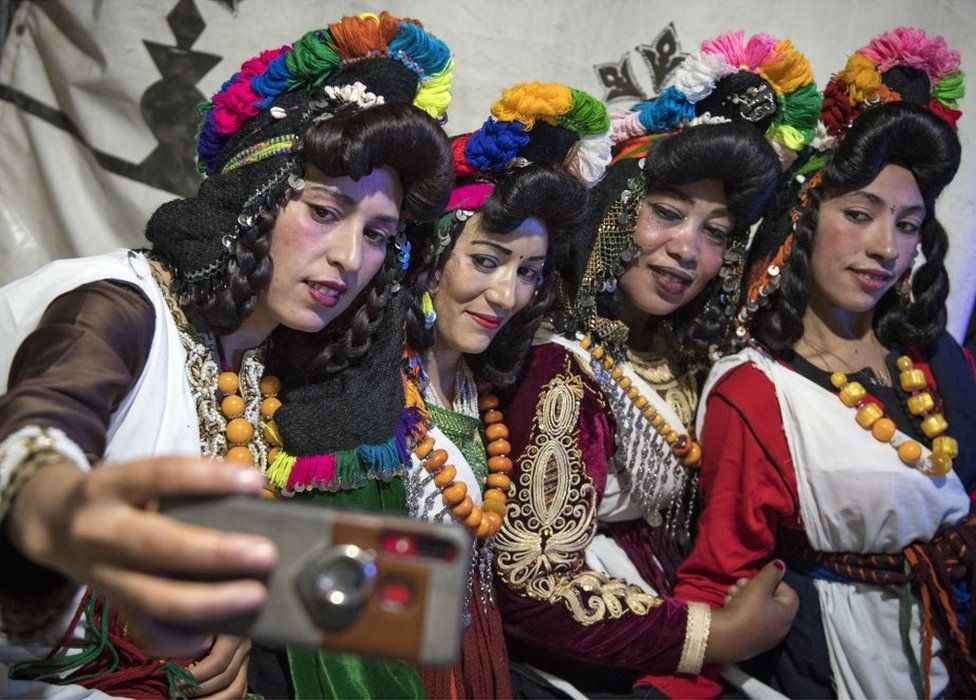 At a wedding festival in central Morocco in September, Amazigh women pose for selfies. The Amazigh are the indigenous people of North Africa, and are pushing for greater recognition of their language and culture. 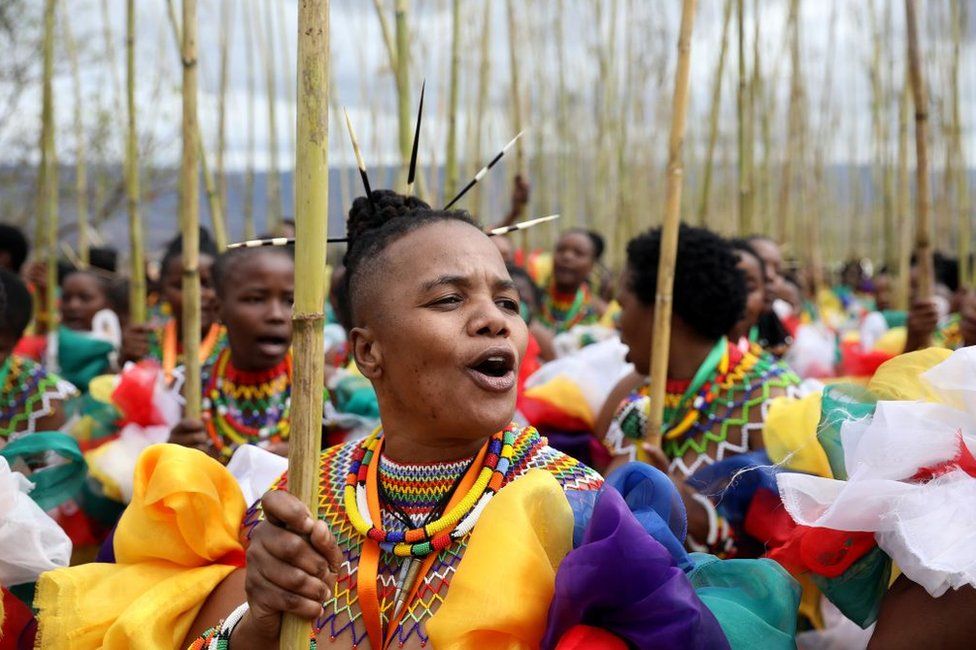 The festival revolves around women carrying reeds which they then leave in front of the monarch. Zulu mythology has it that if a woman is not a virgin, the reed will break, embarrassing her in public. 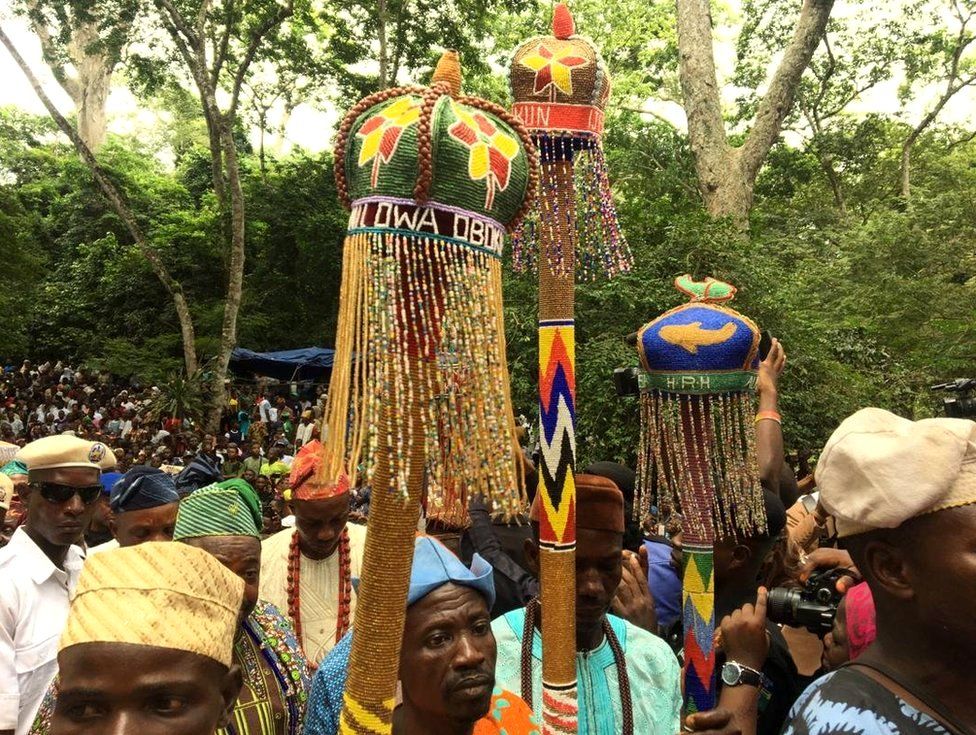 In south-western Nigeria, tens of thousands of animists, mainly from the Yoruba ethnic group, attended in August what organisers say is a 600-year-old festival to appease Osun, the goddess of fertility. 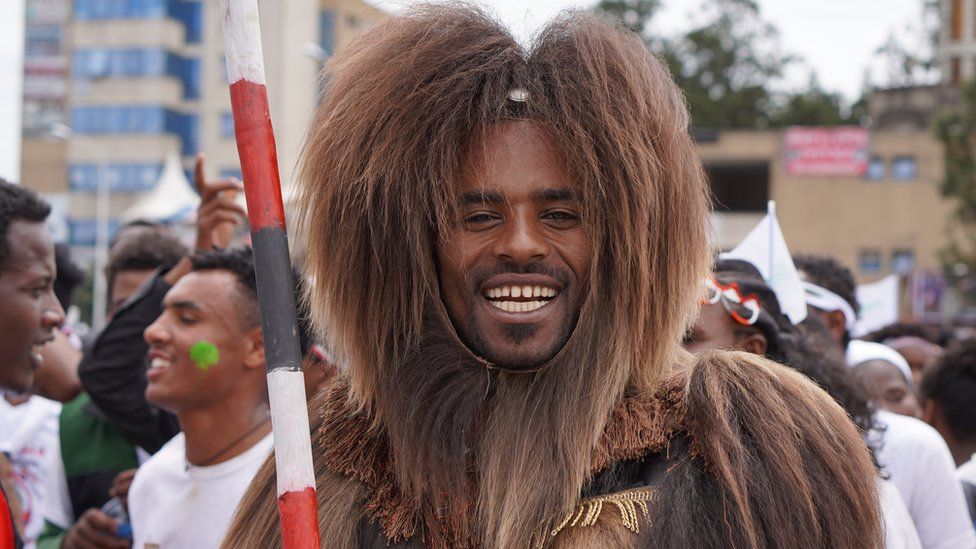 In Ethiopia, a man wearing “Daabe”, made from baboon skin, attended a thanksgiving festival of the Oromo ethnic group in the capital, Addis Ababa, in October.

This was the first time in more than a century that the festival had been held in the city, in the latest sign that Prime Minister Abiy Ahmed’s government is allowing ethnic groups to express themselves more freely. 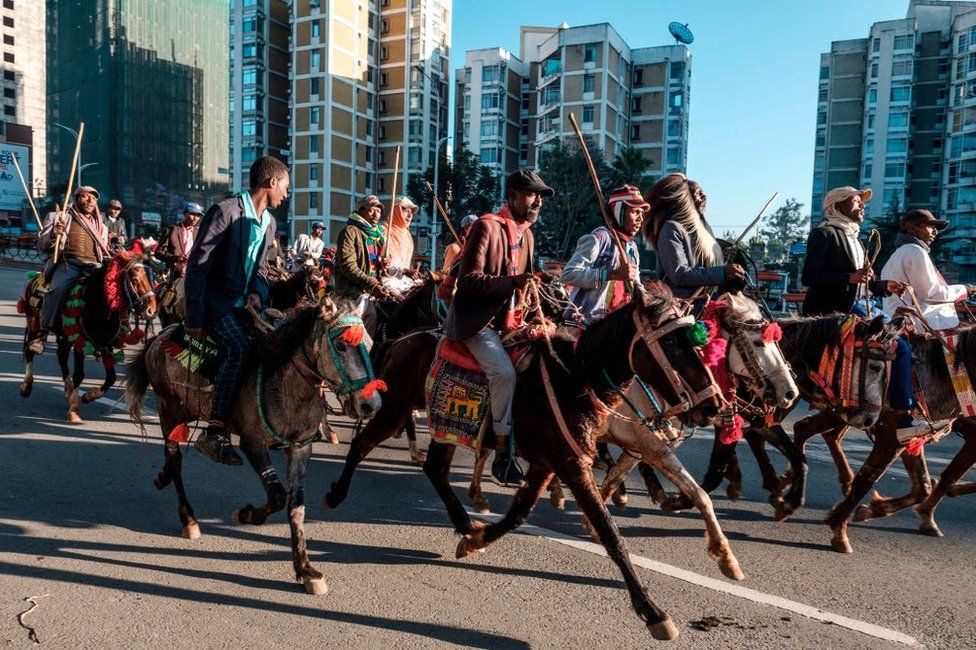 Two months later, horsemen dashed through Addis Ababa to greet Mr Abiy after he returned from Norway, where he received the Nobel Peace Prize for his efforts to end the “state of war” with neighbouring Eritrea. 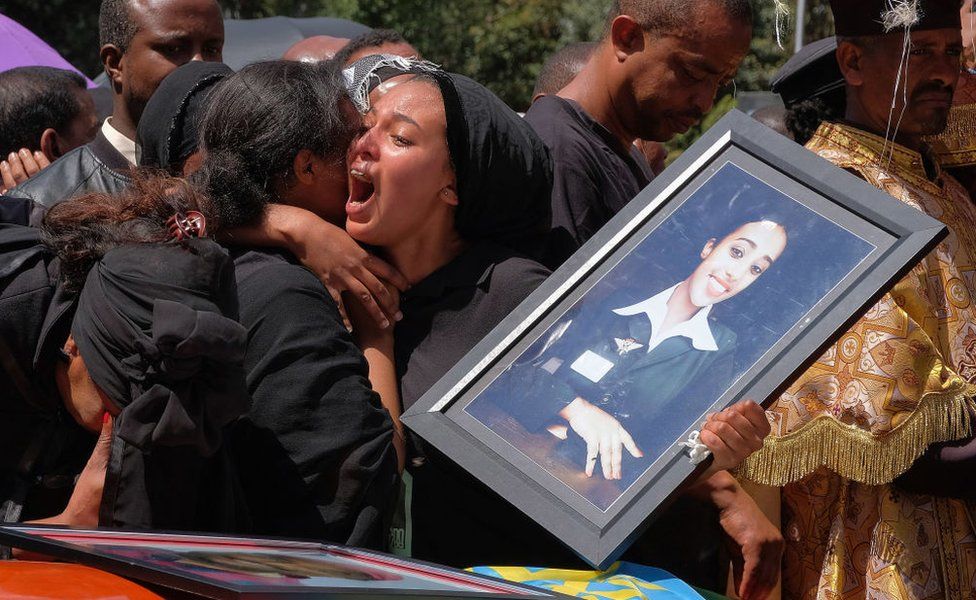 But it was also the year when Ethiopia suffered its deadliest plane disaster. An Ethiopian Airways Boeing 737 Max 8 crashed on 10 March, killing all 157 people on board, with the pain of families worsened by the fact that none of bodies were recovered. 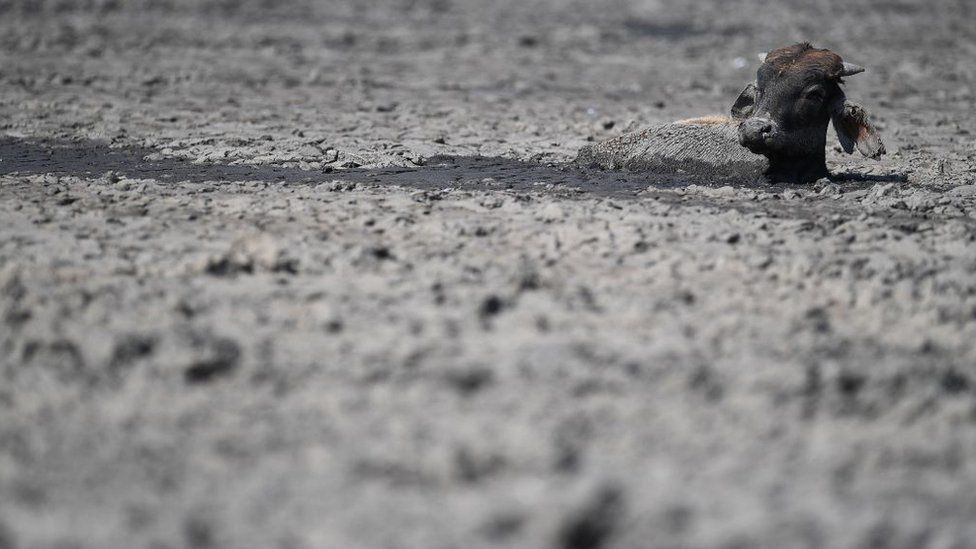 Parts of southern and East Africa grappled with natural disasters. Botswana, Lesotho, Namibia and Zimbabwe declared drought an emergency, as it destroyed crops and claimed the lives of animals.

In beef-producing Botswana, some 40,000 cattle died as rivers and lakes dried up – including Lake Ngami where a calf found itself stuck in the mud in August. 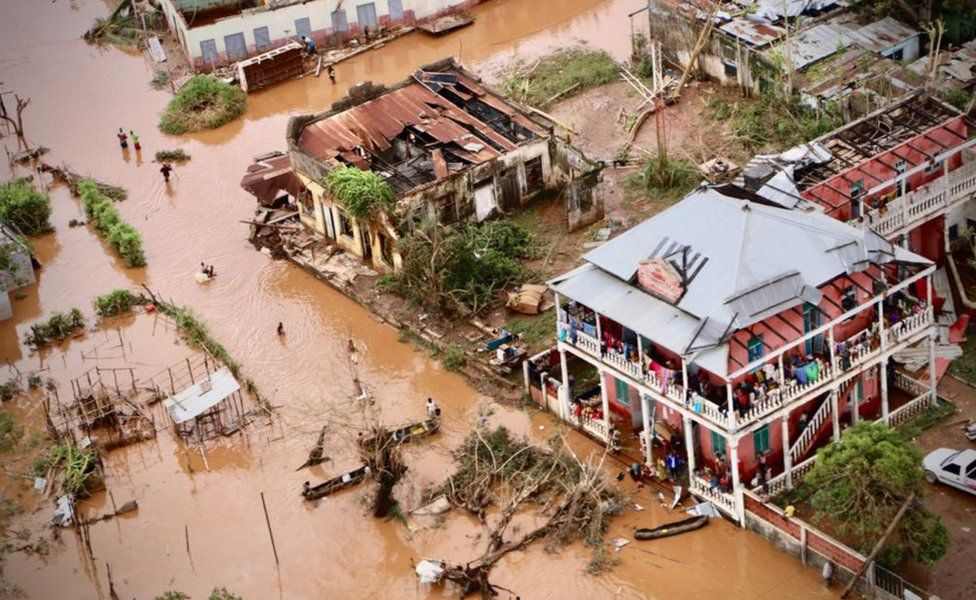 Earlier in the year two cyclones – Idai and Kenneth – battered southern Africa, killing at least 900 people and leaving tens of thousands of people homeless. Mozambique was worse-affected, with entire villages wiped out. 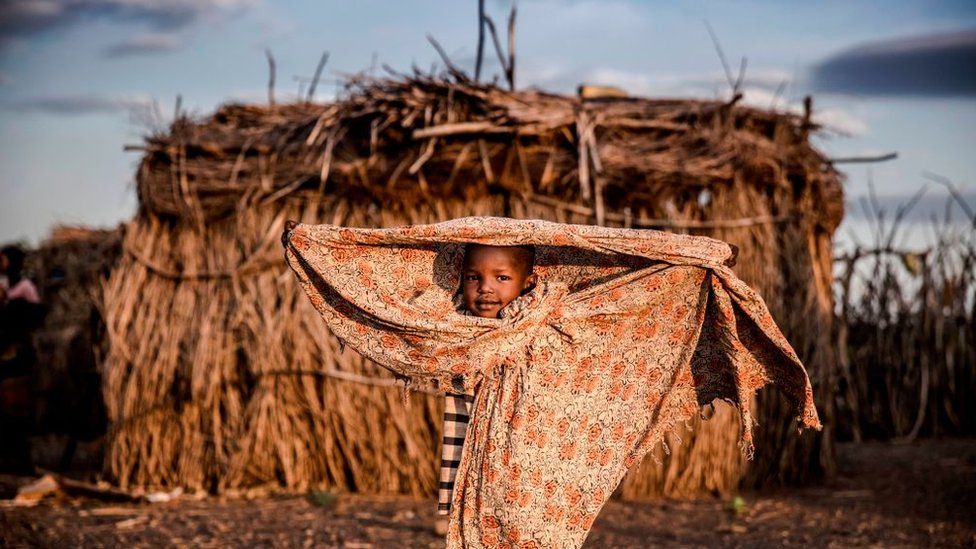 In Kenya, a young boy stood in front of his home in October in the northwestern Turkana region, which was hit by a drought. The government was accused of being too slow in its response to the crisis, amid reports that 10 people had died of hunger and more than 1.1 million people needed food aid. 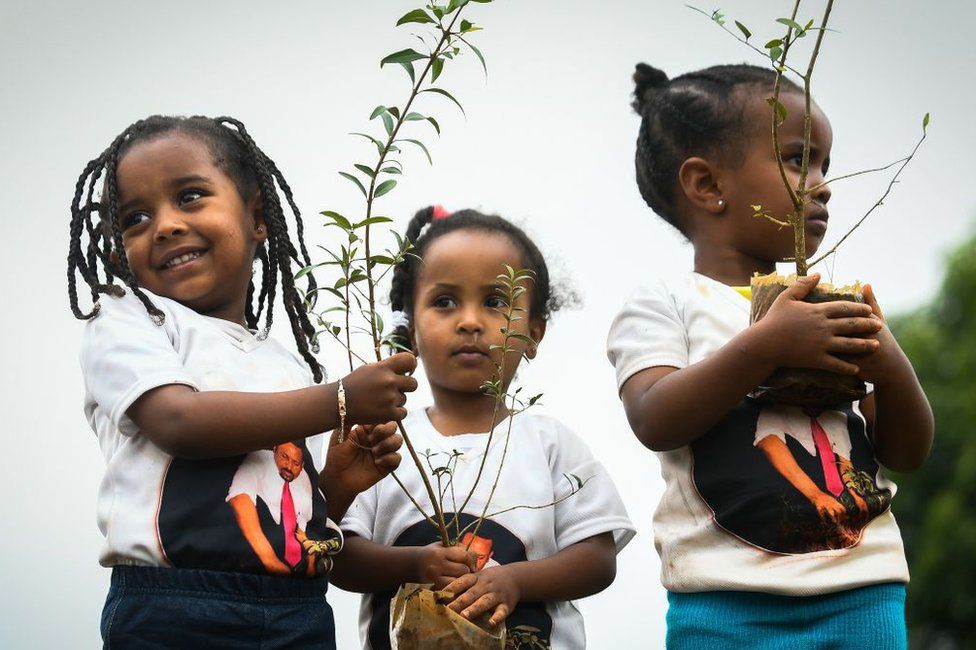 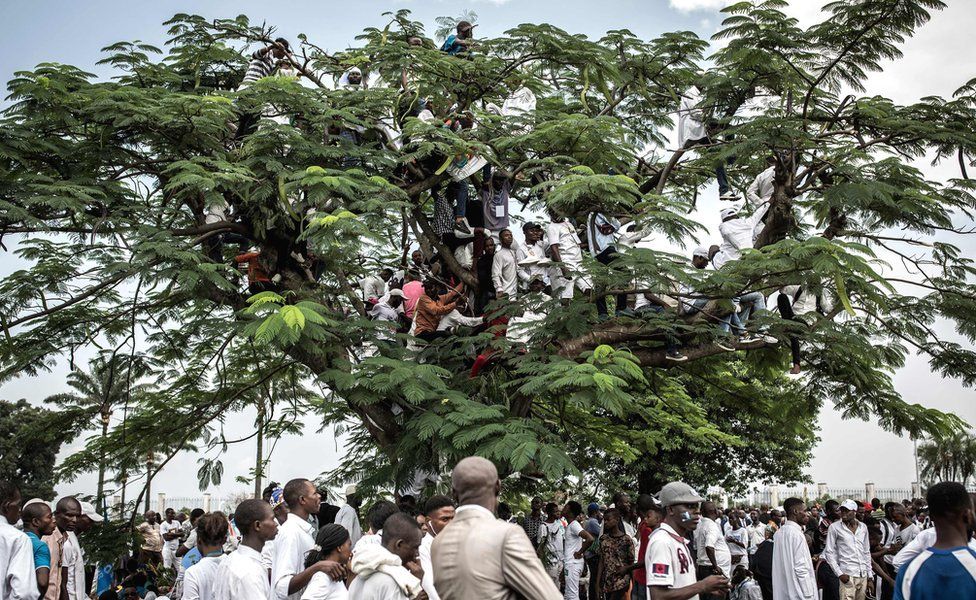 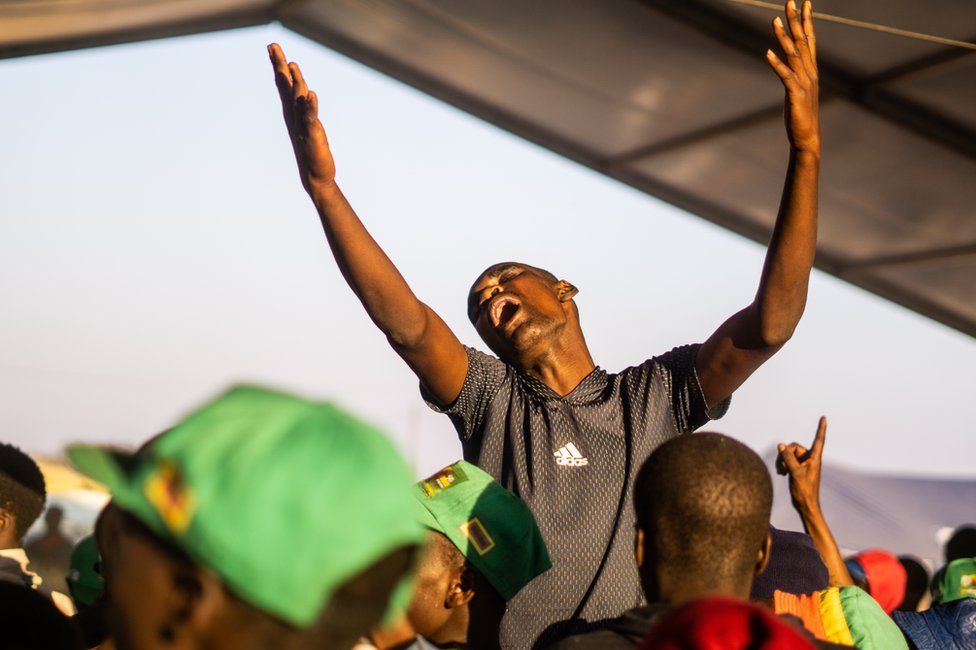 Having ruled Zimbabwe for 37 years until he was forced resignation in 2017, Mugabe was not just a towering figure – he was a political institution. 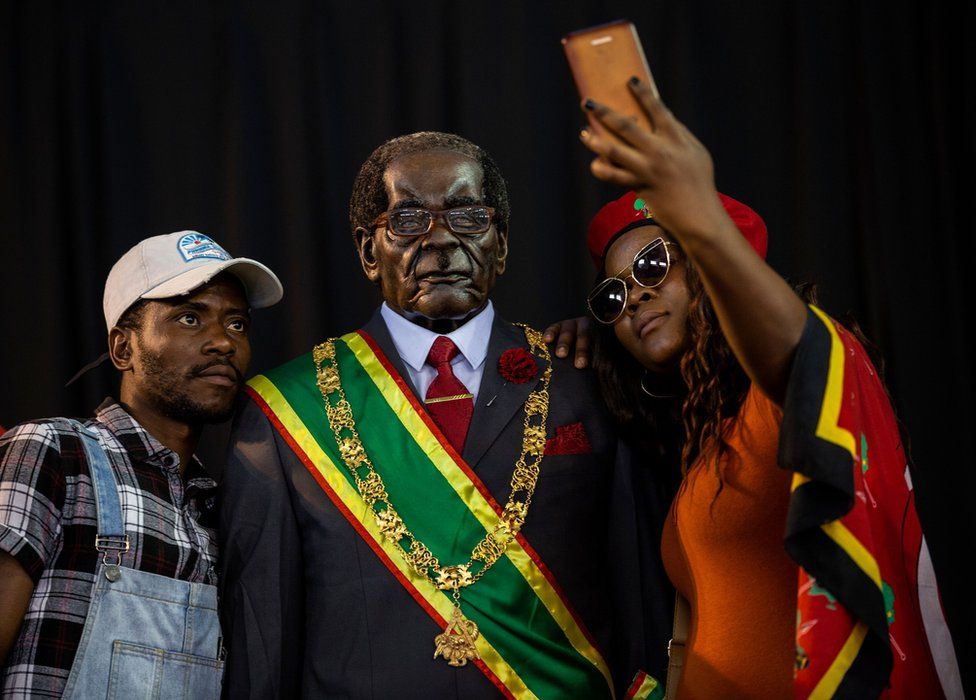 He was also mourned in neighbouring South Africa, where a wax model of him was unveiled by the radical Economic Freedom Fighters party. Many South Africans credit him for helping to end white-minority rule in their country. 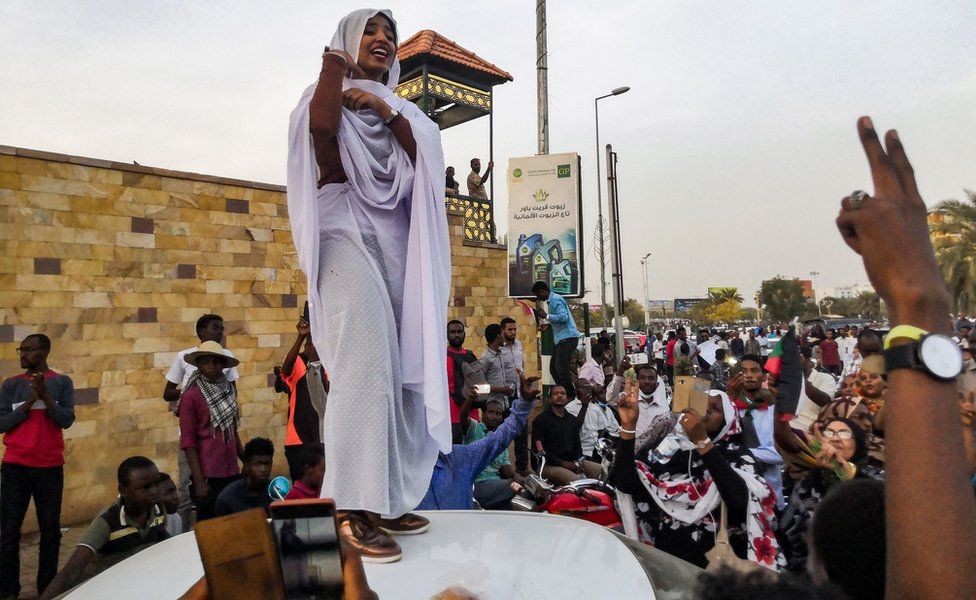 In Sudan, Alaa Salah became a symbol of the popular uprising against authoritarian ruler Omar al-Bashir. The military eventually overthrew him in April, and its leaders are now in a power-sharing government with the pro-democracy movement. 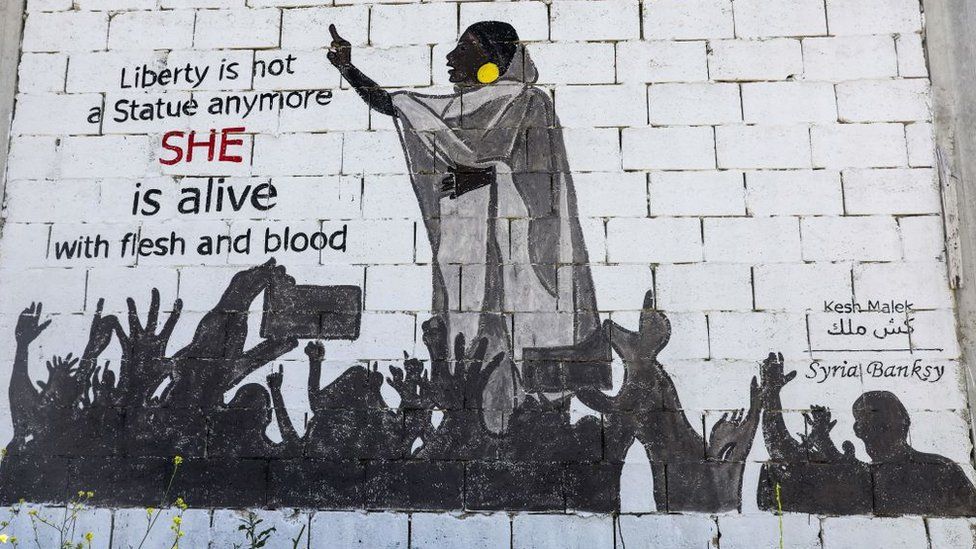 Ms Salah inspired activists around the world. Her mural was even painted in April on a wall in Syria, which descended into conflict in 2011 after peaceful protests to oust Bashar al-Assad’s regime failed. 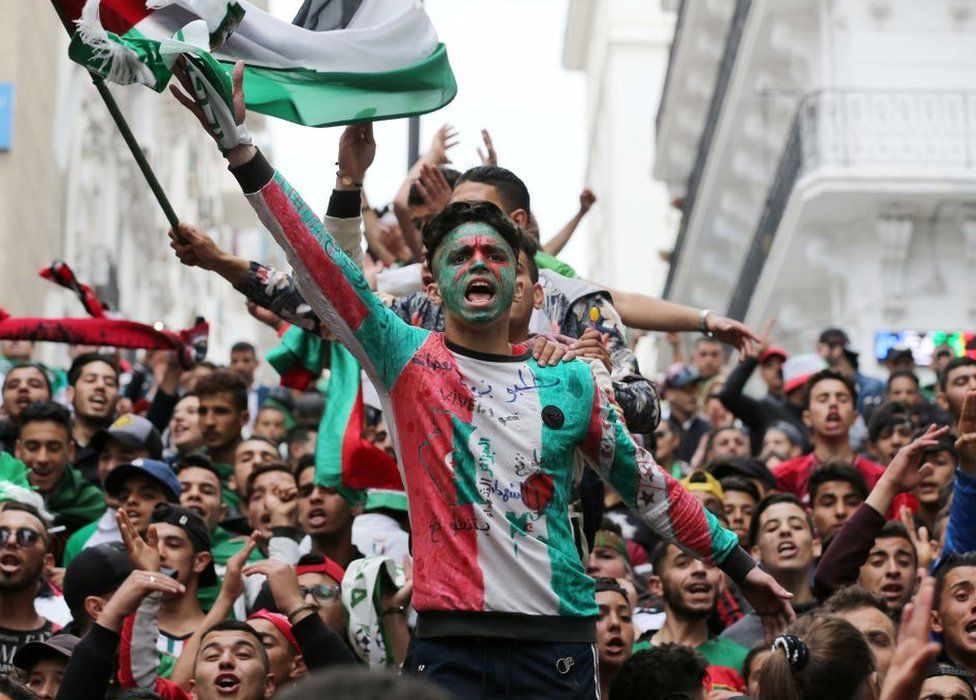 In Algeria, tens of thousands of people protested almost every Friday, forcing the resignation of the sickly 82-year-old President Abdelaziz Bouteflika in April. The demonstrations continued after he quit, as the crowds demanded a complete overhaul of the political system. 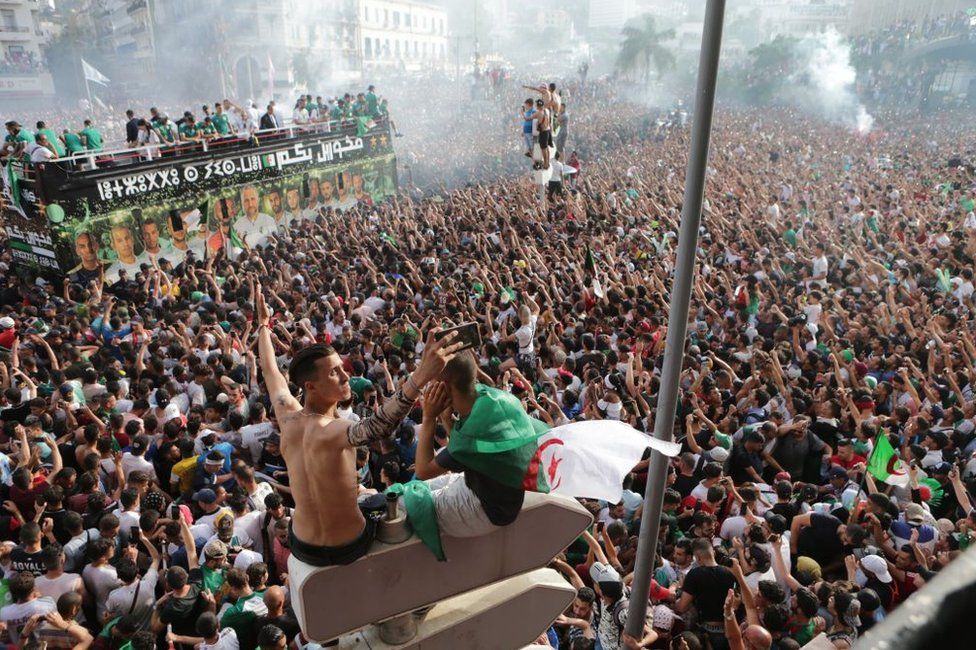 Algerians took a break from politics to celebrate the fact that the national football team won the Africa Cup of Nations title in July for the first time in 29 years by beating Senegal with 1-0. 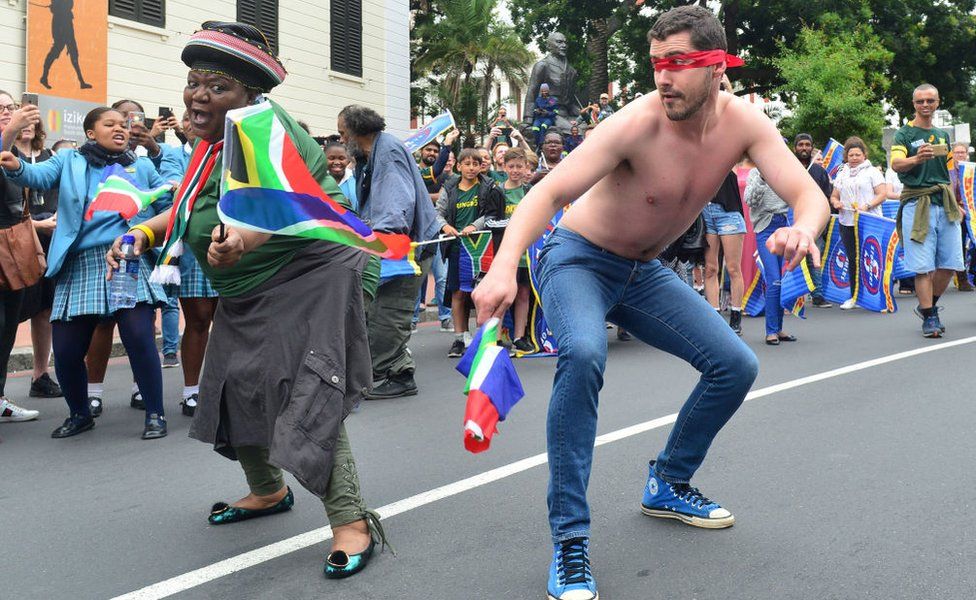 While South Africans celebrated after Siya Kolisa became the first black captain to lift the Rugby World Cup trophy after his team stunned England in November with a 31-12 win in Japan. 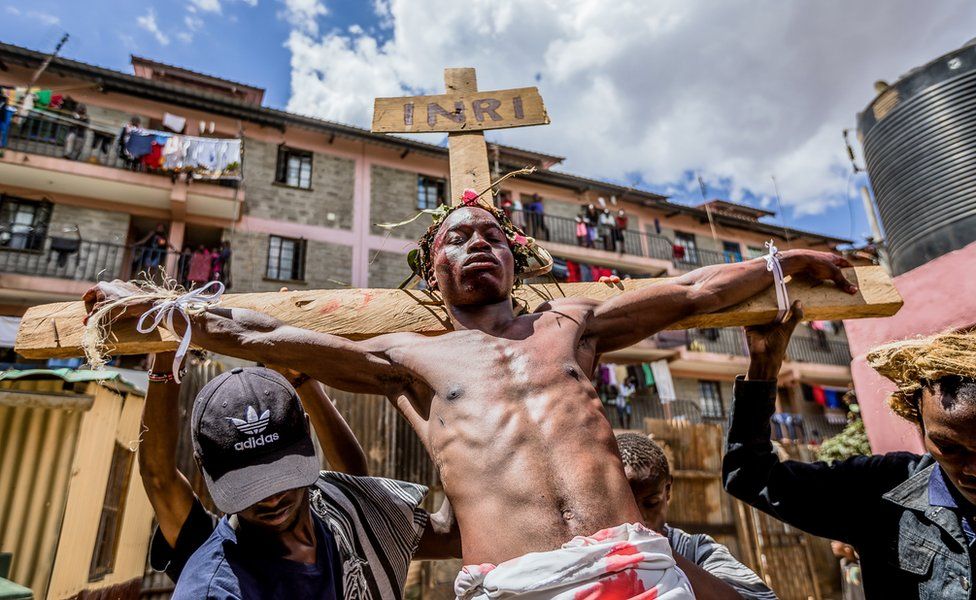 The mood was sombre in Kenya’s capital, Nairobi, during Easter when Christians re-enacted the crucifixion of Jesus Christ. 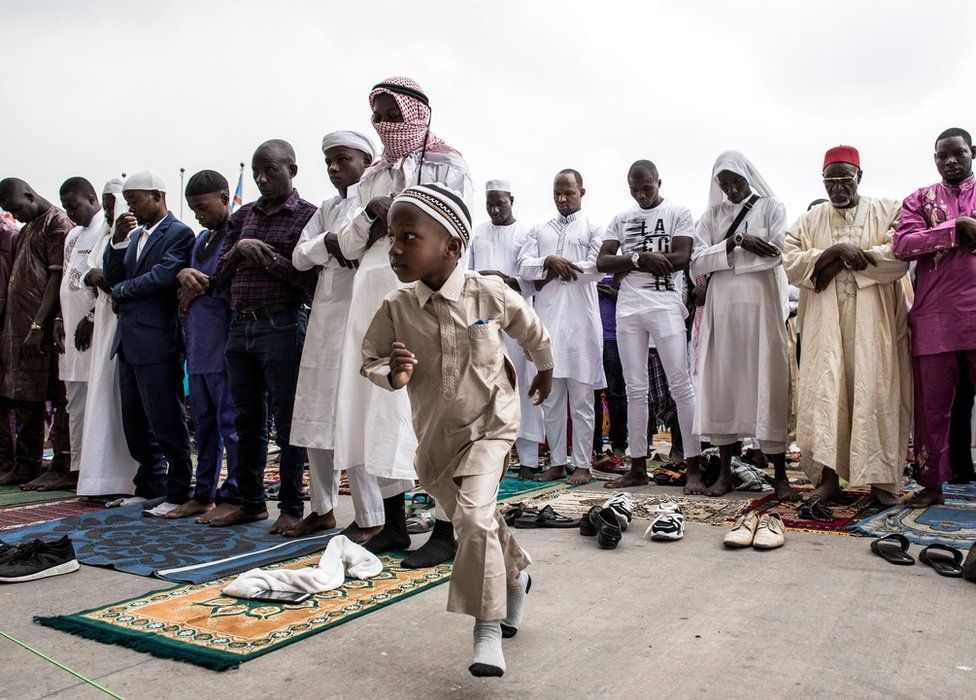 Back in Kinshasa, this young boy ran off in June during the Muslim prayer to celebrate Eid al-Fitr, one of Islam’s two major holidays. 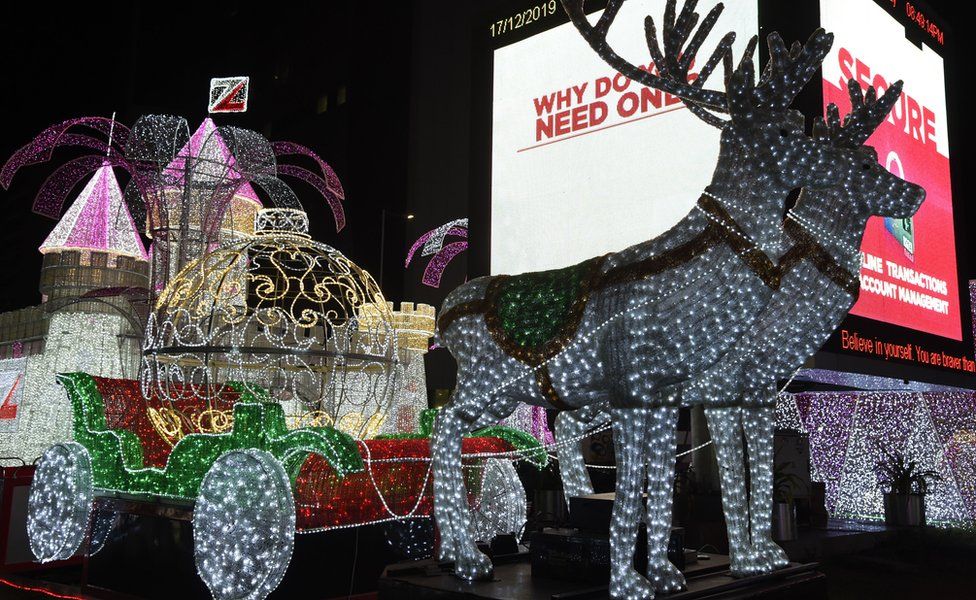 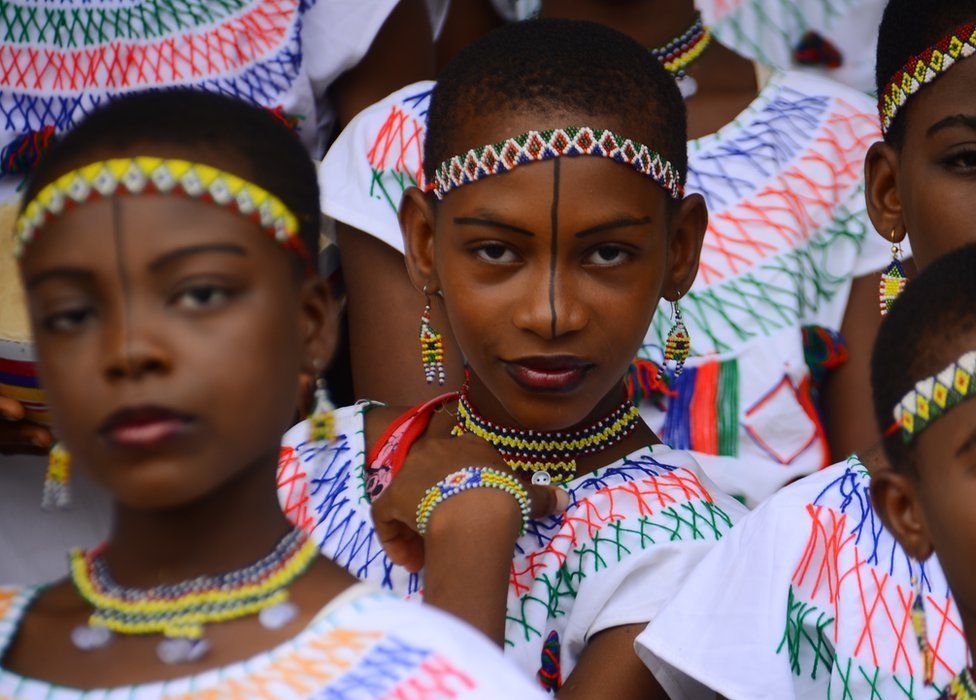 And these girls were all dressed up for a Christmas carol service in Lagos earlier in the month.

All images are subject to copyright.