Last weekend, actress and business-woman, Mercy Johnson, premiered her movie, ‘Legend of Ikpi’ at the Silverbird cinema, Lagos and surprisingly many A -list celebrities were absent.

Although the likes of AY and Mabel Makun, Yvonne Jegede, Diane Russet, Sir Dee, Denrele, Amanda Dara, Thelma and Cee-C among others graced the event, major big names in the industry were absent.

In her defence, a source told Kemi Filani News ”Mercy Johnson is one of the few successful actors in the industry that has got everything working out well for her. Her marriage is fine, her husband dotes on her, she has got beautiful kids and expecting one more, her cooking show, hotel, and other businesses are booming well, and she doesn’t engage in any childish social spat on social media, and now her very first own movie. You think many of them wouldn’t be jealous of her?”

However, when reached out to, one of the colleagues of the actress who was absent at the event told Kemi Filani News that, “It is not a do or die affair besides what goes around comes around. How do you expect others to support you when you don’t show up for their own events? I don’t think she attended anyone’s movie premiere last year. Ask her? Or she thinks people don’t notice her absence?…..and you expect everyone to show up for you at yours, come on, that is not how it is done.”

Another big name in the industry who craved anonymity told Kemi Filani News “Jealous? Why would anyone insinuate that? One good turn deserves another and that is just what she witnessed, simple.”

Scrolling through her Instagram page truly, the last time Mercy Johnson Okojie showed up at any major event was in 2018 at the Future Awards. 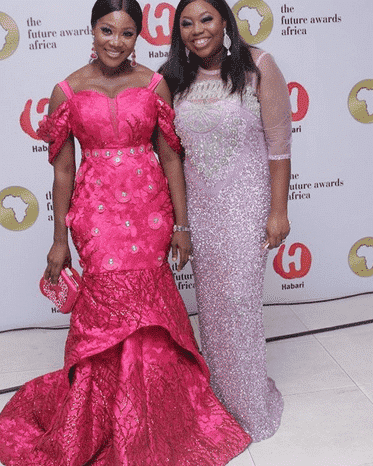 She hasn’t graced the red carpet of any movie premiere in a long while.

Notwithstanding, Prince Okojie has said that God has got his wife’s back. 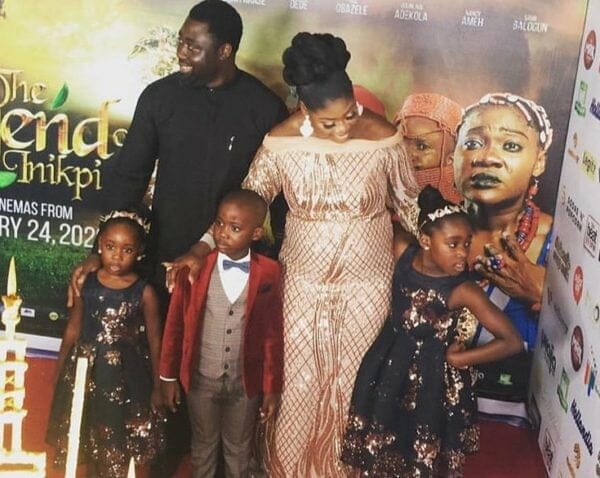 Sharing beautiful photos of them at the movie premiere, he wrote:

And Mercy responded saying ” My arm candy for last night’s premiere @princeodiokojie for all your love, strength and support thank you!”

Also speaking after the screening of the film, Mrs Mercy Johnson-Okojie, said she was inspired to do something different from what is common in Nollywood these days.

She said, “making this movie, when I chose an epic story, I was extremely scared because usually with us here, we like it flashy and we like comedy.

“My manager said, ‘You should have done a comedy, everybody thinks you’re funny.’

“And I said, ‘No. I want to tell our stories. I want to do something different.’

“And I’m so grateful that this came out well.”