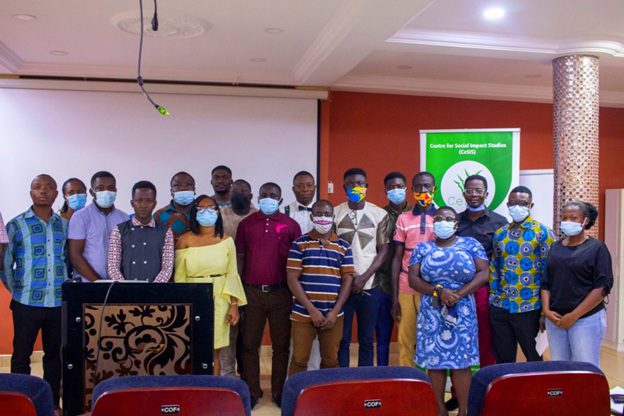 The Environmental Protection Agency (EPA) is in the process of procuring more drones to boost its operations in mining communities.

The Agency is currently training its staff in the use of drones to monitor mining activities in their operational areas.

The Obuasi Area Manager of the EPA, Mr Adarkwa Yiadom, who made this known said the Agency was currently on re-tooling exercise, designed to empower the staff to effectively undertake their mandate.

He was speaking at a day’s workshop to sensitize stakeholders in mining communities on the new approaches to address their grievances and strengthen their relationships with mining companies operating in their communities.

It was organized by the Centre for Social Impact Studies (CESIS), a Research and Advocacy NGO, to sensitise members in mining communities on the Mine Site Assessment Tool, which had been developed by the Centre.

Mr Yiadom said the Agency had recruited 300 additional staff to augment the existing workforce, adding that plans were underway to open additional district offices at Bekwai, Manso Nkwanta, Ejisu, Tepa, Nkawie and Mampong, all in the Ashanti region to bring the services of the Agency to the doorsteps of the people.

He called on those who were interested in doing community mining to contact the lawful agencies mandated to issue permits for such activities before they venture.

Mr Robert Ali Tanti, Executive Director of CESIS, said the development of the Mine Site Assessment Tool (MSAT) was designed as guidelines to train community members on how to address some of their grievances with mining companies operating in their areas.

He said the Tool was designed to be used as entry points for constructive company- community dialogue with a view of seeking solutions to issues of direct importance to local people.

He said the MSAT had proved to be effective in creating a non-confrontational space for community members and mine site managers to discuss specific issues of importance to lives and livelihoods of affected communities.

Mr Tanti said going forward, the Centre would embark on similar exercise in areas like Ada, Nsuta and Awaso which were into the mining of salt, manganese and bauxite respectively.

The Centre for Social Impact Studies (CeSIS) was formed in January 2011 as a research and advocacy non-governmental organisation primarily focused on providing research backbone to Ghana’s extractive industry.

DISCLAIMER: The Views, Comments, Opinions, Contributions and Statements made by Readers and Contributors on this platform do not necessarily represent the views or policy of Multimedia Group Limited.
Tags:
Drones
EPA
Mining