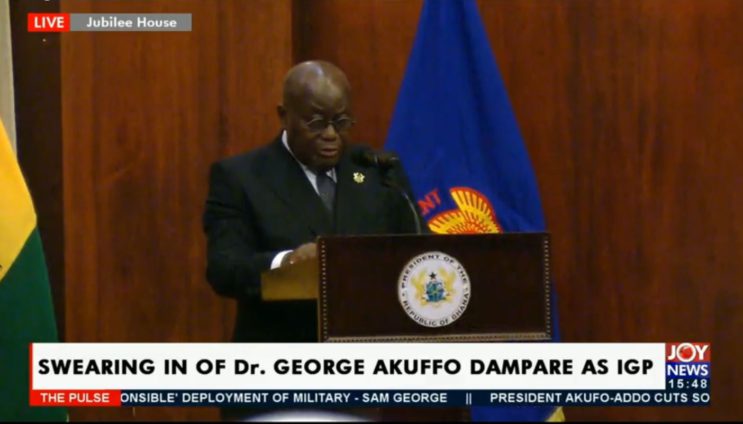 President Nana Akufo-Addo has charged the new IGP, Dr. George Akuffo Dampare, to establish a service that maintains the trust of the citizenry during his tenure of office.

The President made the call when he swore in the new IGP at the Jubilee House on Friday.

According to the President, it is important that the police service conducts itself as the “principled, credible instrument in accomplishing the executive’s duty of maintaining law and order in the state.”

He noted that, citizens can only trust the police when they perform their duties with integrity and without fear or favour which is why the IGP must perform.“

President Akufo-Addo urged the IGP not to tie the well-being of the police service to the fortunes of the ruling party, but to ensure that the service performs its core mandate without depending on the ruling party.

He encouraged the IGP to perform his duties with confidence.