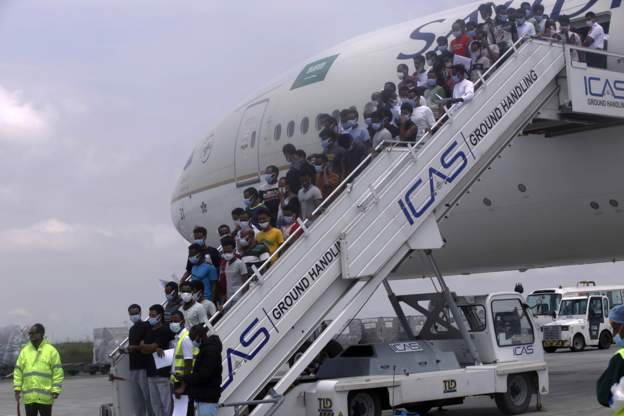 Ethiopia has started a new drive to repatriate tens of thousands of migrant workers in Saudi Arabia.

The first batch of 498 women and children returnees were received on Wednesday by senior government officials at Addis Ababa’s main airport.

It follows reports of undocumented migrants being subjected to inhumane treatment in the Middle East country, including detention in squalid centres.

The Ethiopian authorities hope to repatriate 100,000 nationals back home over the next 11 months.

It’s unclear if the returnees will be provided with sustainable livelihoods at home.

Lack of attractive local opportunities has previously seen returnees go back to the Middle East shortly after repatriation.