Ethiopia to bid for Afcon 2025 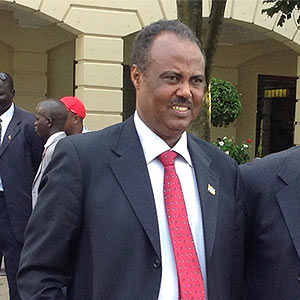 Hicham was in the Ethiopian capital to discuss the upcoming CAF congress May 16, 2016 which the city hosts and to check on the progress of the long awaited CAF football academy.

“We are building a 60,000 seater capacity stadium in Addis Ababa, we are also building additional stadiums in Harar, Nekmete, Adama, Jimma and Asosa,” he added.

In 2014, Ethiopia dropped out of the race to replace war-ravaged Libya as 2017 hosts with Gabon landing the honors. Ghana, Mali, Zimbabwe, Kenya and Algeria were also in contention.

Ethiopia, the 2020 CHAN host, last staged AFCON in 1976, and is the only East African nation to have achieved the feat after Kenya pulled out of hosting the 1996 edition due to financial challenges.