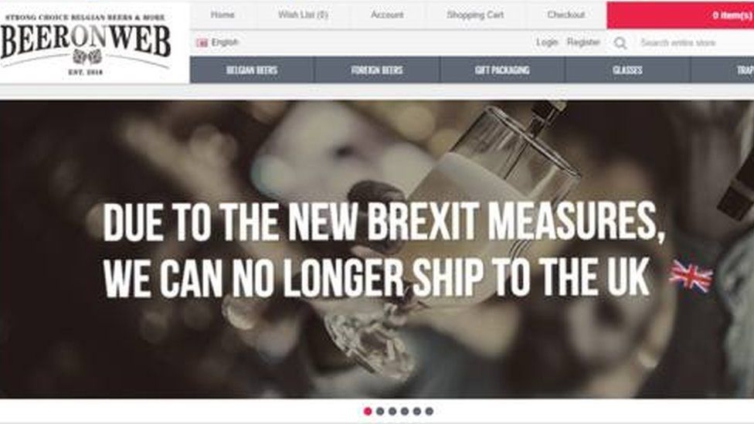 Some specialist online retailers in various EU countries have said they will no longer deliver to UK addresses because of tax changes due to Brexit.

Bicycle part firm Dutch Bike Bits said from now on, it would ship to every country in the world except the UK.

“We are forced by British policy to stop dealing with British customers,” it said on its website.

Another firm, Belgium-based Beer On Web, said it was now shunning the UK “due to the new Brexit measures”.

The companies are angry because they now face higher costs and increased bureaucracy in order to comply with UK tax authorities.

The moves follow changes in VAT rules brought in by HM Revenue and Customs on 1 January.

VAT is now being collected at the point of sale rather than at the point of importation, a change that HMRC says will ensure that goods from EU and non-EU countries are treated in the same way.

This essentially means that overseas retailers sending goods to the UK are expected to register for UK VAT and account for it to HMRC if the sale value is less than €150 (£135).

“For providing this service, [HMRC] intend to charge a fee to every company in the world in every country in the world which exports to the UK,” said Dutch Bike Bits on its website.

“Clearly this is ludicrous for one country, but imagine if every country in the world had the same idea.

Dutch Bike Bits said it had many customers within the UK and would like to be able to trade with them.

“Not being able to send parcels to the UK does not work in any way in our favour and it is not what we wanted,” the firm added.

“If you’re angry about this, and you may well be so, please contact your elected representative in the UK.”

Other firms held out the hope that their ban on exports to the UK might prove to be temporary.

Scandinavian Outdoor, which is based in Finland and sells outdoor clothing and equipment, posted a message on its homepage saying: “No delivery to UK just now.”

In a further message explaining its decision, it said: “Due to Brexit, we have temporarily closed our store from UK-based customers. Ordering will be possible as soon as our UK VAT registration and the overall process of selling to the UK post-Brexit has been sorted out.”

DISCLAIMER: The Views, Comments, Opinions, Contributions and Statements made by Readers and Contributors on this platform do not necessarily represent the views or policy of Multimedia Group Limited.
Tags:
Brexit
EU
UK