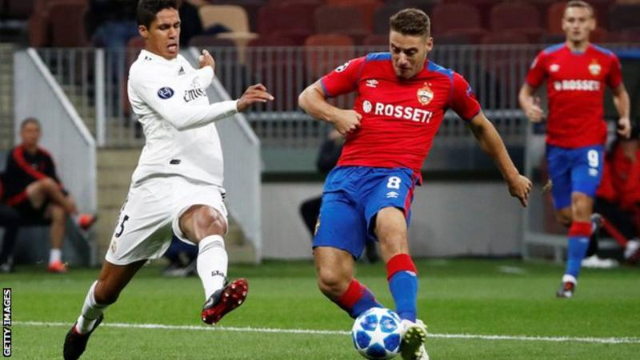 Toni Kroos gifted the hosts their goal in the second minute with a terrible backpass that was picked up by Nikola Vlasic, on loan from Everton, and he fired past Keylor Navas from just inside the penalty area.

Karim Benzema, Casemiro and Mariano hit the woodwork for Real, as the Spanish side, without the injured Gareth Bale, pushed for an equaliser.

Nevertheless, the hosts held on to move to the top of Group G above Real, who dropped down to second.