#EurosOnMGL: Why France will beat Portugal 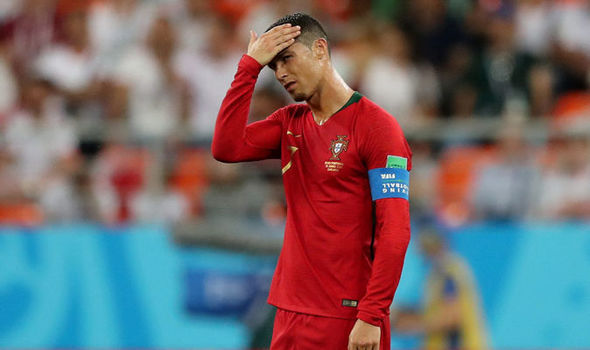 The ‘Group of Death’ have proven not to be just a mere name given to Group F but indeed a group containing some of the best countries in world football. Germany and France have already clashed, with Les Bleus coming out as victors courtesy of an own goal by Die Mannschaft defender Matt Hummels.

The Germans after losing the opening game, channelled their anger towards the Portuguese, slaughtering Cristiano Ronaldo and his men 4-2 in Munich to keep their round of 16 qualification hopes alive.

But, before a ticket to the knockout stage is secured, France stands on their way. The world will be served with another feisty game as the defending champions come up against the FIFA World Cup holders. It is a repeat of the 2016 final when Eder struck the only goal in extra time to win the trophy for Portugal.

France is probably still fuming at the defeat handed them at home when they hosted the tournament in 2016, and this serves as an opportunity to revenge. France come up against the defending champions, Portugal, a repeat of 2016 final, but here is why I think the French will beat the Portuguese and have their revenge fulfilled:

In 2016, Portugal was so organised and neat at the back. Though they progressed from their group with just three points, their defensive brilliance and ability not to concede many was what made them European champions. For a team that hopes to defend the title, they won four years ago due to their good defence, have been very atrocious in defending in this tournament, especially their second group game against Germany.

They were exposed at the back, conceding four goals – these pundits say, is uncharacteristic of a tournament-winning team.

To put this in context, in three group stage matches in 2016, Portugal conceded four goals, in the entire tournament, they conceded five. The disparity in their defence of 2016 and that of now, is a testimony of how woeful they have become at one of the most important departments of the game.

Germany identified a weakness in their defence, took advantage of the poor cover back for the laterals, notably, the right side of the backline and scored three of their four goals from that side. Guess what, one of the four goals, the move started from the same flank and eventually ended at the back of the net.

Robin Gosens tormented Nelson Semedo at the right-hand side and racked up his first assist in 35 minutes, volleying a Kimmich cross into the six-yard area which Ruben Dias deflected into his net under pressure from Chelsea’s Champions League hero Havertz.

Moments later, Portugal conceded another own goal, this time from Raphael Guerreiro, after a clever cut-back from Kimmich. An attack that started from the right-hand side yet again before switching to the left.

It was profusely clear that the Seleccao had a major problem with Germany’s wing-backs, and Gosens in particular tearing Semedo into pieces. Yet, Portugal proved absolutely incapable of doing anything about it.

For the 2014 FIFA World Cup winner’s third goal, Muller played the ball into the path of the completely unmarked Gosens, who crossed for Havertz to slide home. One would have presumed at that point that Portugal would, at the least, try to get tighten the space of Gosens but he was unmarked as he headed home Germany’s fourth of the afternoon.

One can only be sorry for Portugal’s right side of defence as they come up against an even more electric attack in France. Semedo will have to endure another nightmare of coping with Kylian Mbappe. Many defenders have bad memories of the matches against Mbappe, as the young PSG player can be a real poison for the defenders.

He combines both exceptional abilities to eliminate his opponent and an ability to be clinical in front of a goal. With how Germany scored so many by exploiting the defence of Portugal, one can only imagine how many goals France can get having an electrifying player like Mbappe up against Semedo who is very poor at defending.

Bruno Fernandes has enjoyed a truly astounding year with Manchester United but there is no doubt the Portuguese midfielder can still improve his game especially in the big games. He has been criticised for not showing up when it matters most against the big sides and his performances so far at the Euros cements those claims.

The attacking midfielder was quiet in the first game against Hungary before being subbed off.
When many expected a little bit more against Germany, he ghosted yet again and this has got many people questioning his game especially when the likes of Kevin De Bruyne of Belgium are consistently performing and influencing games no matter the occasion.

Bruno might have led the Red Devils to finish second on the Premier league table, managing an astonishing number of 18 goals in the league but only two were against the ‘Big Six’. His performances in those big games were also generally average just as he did against Germany, and if they are to stand a chance in defeating this French side, he will have to bring his ‘A’ game on to the field.

France have shown they may not be as terrifying as their reputation suggests after coming from behind to draw against Hungary, but an opponent like Portugal presents an extra motivation, more so, an opponent who denied euros glory four years ago.

They will be up for it. In 29 attempts, Portugal has won just six including the 2016 final and could be walking a tight rope of relinquishing their title quite early.