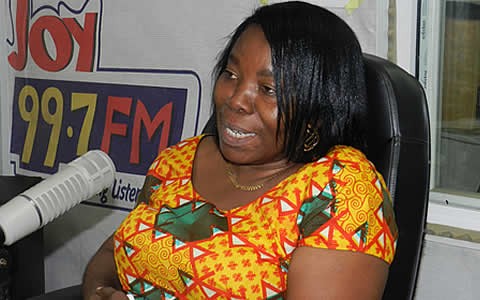 Death is the wish of some, the relief of many, and the end of all,” Craing Gang.

But that was not our wish when death unexpectedly laid its cold hands on Madam Eva Lokko, an accomplished woman of our land. Her sudden demise came as a huge surprise to many because no one heard about her ailment.

She stood shoulder to shoulder against injustices in our society and she set a fine example not just for Ghana, not just for women, but for everyone to follow. In her heart of hearts, she stood for the youth, no wonder her NGO was named, “Totally Youth.”

As an Engineer by profession, Madam Lokko saw order where there was chaos and lived her life creating order wherever she found herself. Her contribution to the United Nations, where she started her career, through-to the nation’s premier broadcasting house, Ghana Broad­casting Corporation, as well as the other public and private Boards she served on, she left fruitful footprints for others to follow.

It was therefore not a surprise when 2016 flag-bearer of the Progressive People’s Party (PPP), Dr. Papa Kwesi Nduom, described her as a “principled Ghanaian woman” having worked with her as his running mate during the 2012 elec­tions.

For her dexterity on issues of national interest, Madam Lokko endeared herself to many Ghanaians young and old, civil society groups, the international community and above all leaders of the various political parties in the country.

Madam Eva, as she was affectionately called, smoothly weaved her skills and knowledge in Engineering into every role she played both in private and public life. Many who have spoken of her qualities since the news of her demise have said that she was diligent, a quality that is lacking in our national life, totally a new Ghanaian. Now in her passing away, she is shinning in all corners more than she shone even in her active life. The outpour of tributes has been overwhelming.

She brought another dimension to her commitment public service when in 2012; she entered frontline  as the running mate of Dr. Papa Kwesi Nduom in the elections. At the onset, she surprised many when she surfaced on the political stage. Many thought she novice in politics and was not going to rise up to the occasion. She proved many wrong.

It was therefore not surprising that she came forcefully once again on the political scene when earl year, she laid bare her plans to contest in the Deccir elections as the Parliamentary aspirant for the hotly contested Klottey Korley seat in the heart of the capital, Accra.

Many were looking forward to see Madam Eva in the Parliament of Ghana and the difference she was likely to make. At last, it was never to be.

Madam Eva was a product of the Wesley Girls’ High School, Cape Coast. At school she was a captain and trophy-winning athlete in hurdles, 100-metres, relays, javelin and high jump.

Very intelligent woman, she was articulate and affable. She had two Masters Degrees – an MSc Honours degree in Satellite Communications Engineering (USSR) and an MSc de-gree in Intelligent Management Systems (UK). She was multilingual in Ghanaian languages, English, Russian, French and Spanish and travelled to over 40 countries in Africa, Asia & Europe, the Americas & USA in various capacities and served as regional programme coordinator of the UNDP initiative for Internet Development in Africa.

She also served as the chairperson of the UN Federation of International Civil Servants Association and the United Nations Staff Council and was a member of the UNDP News Advisory Board.

She had a profound passion for youth empowerment and development and this passion found expression in the NGO – Totally Youth – she founded. She was of the Urm belief that the dignity of the youth was largely rooted in enterprise and work. Hence her continuous push for job creation and job opportunities for the youth, a belief she fought for until her untimely death.

As a wife, mother, colleague and friend who won the admiration of the party and country, she will be sorely missed and fondly remembered as a straight shooter, an inspiring trainer and an effective administrator.

Madam Lokko was a very active and devoted Methodist. She was minded part of the highest decision making body of the Methodist Church in Ghana.

She has left behind her husband, Nii K. Bentsi-Enchill, and two young adult children, a son and a daughter. Madam Eva, you came, you saw and you conquered. Your legacies and ideals will forever remain in our hearts and many others who came into contact with you. You have stayed totally youthful in many hearts.