Even if we don’t win 2020 polls, our performance will not be abysmal – PNC flagbearer hopeful, David Apasera 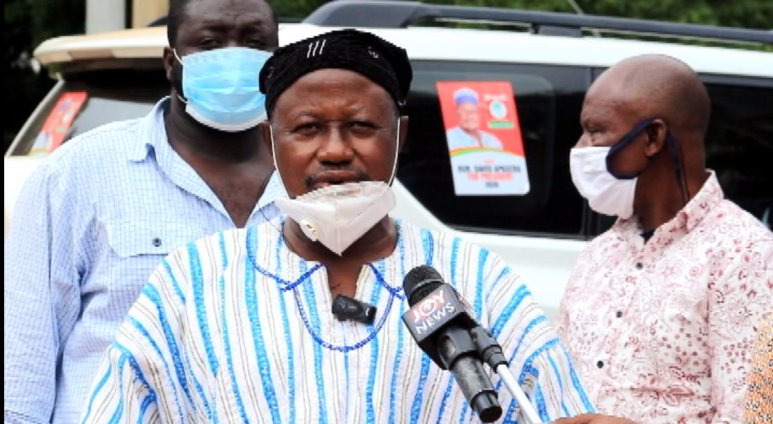 Flagbearer hopeful of the People’s National Convention (PNC), David Asibi Apasera has unveiled his plans should he be given the nod to lead the party in the 2020 polls.

Mr David Apasera said Ghanaians will see, among other things, an increase in the number of parliament candidates and national results reflecting the national character of the party competing among the major parties.

He stated that even if the party doesn’t win political power in the 2020 general election, their performance will not be abysmal.

The PNC flagbearer hopeful, David Asibi Apasera in an exclusive interview with JoyNews after meeting with some regional and constituency executives of the party stated that he has what it takes to change the fortunes of the party considering the enormous political experience under his sleeves.

David Apasera debunked the notion of the PNC being a poor party without a chance of winning political power.

”When we returned to constitutional rule in 1992 the PNC was by far stronger than the NPP in my constituency, today NPP is having greater numbers, why?” he queried.

He is of the belief that the PNC will be better off having him as its leader.

Accompanying the former Bolgantanga Central Member of Parliament on the campaign is former deputy Health Minister and MP for Sissala, Moses Danibaah who is gunning to be the party’s national chairman.

Moses Dani Baah said the party is aiming to win 5 seats in the 2020 general election.