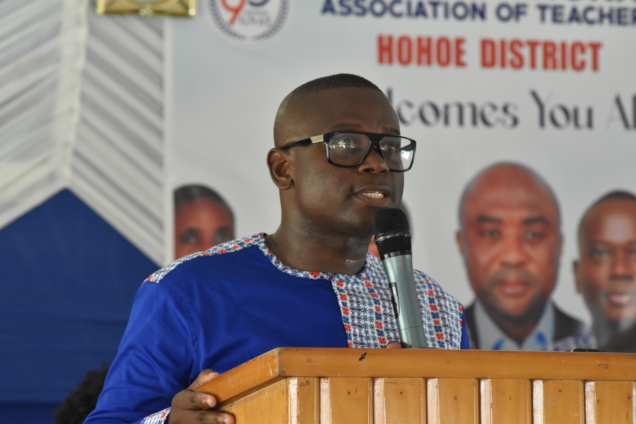 Some teachers have petitioned President Akufo-Addo to declare Teachers Day which is observed on October 5 annually as a public holiday.

Among other things, the teachers say some of their colleagues are sometimes declined permission to absent themselves to partake in activities to observe the day.

In a petition signed by the President of the Ghana National Association of Teachers (GNAT), Isaac Owusu and the Editor-in-Chief of the Colleges of Education Journal, Larry Agbador, the teachers said although they appreciate all efforts by the President to enhance education, the holiday must be constituted.

“We feel that as a profession that raises all professionals, if we cannot do anything for us as teachers, at least for the 5th October, it is high time we got it as a public holiday for teachers,” they argued.

The teachers recounted several instances where some education directors prevented teachers from participating in events to commemorate the Teachers Day.

“For instance, this year we’d be going to Tamale to celebrate the national one; a teacher in Kokomlemle Basic School, while others are celebrating in Tamale, will be in the classroom teaching on the same day.

“But we believe that it would be the nicest gift that the President will use his authority to make sure that [October 5 is recognised as a public holiday],” they argued.

In an interview with JoyNews, the GNAT President encouraged state authorities to honour this petition and take the needed actions.

He observed that “apart from farmers, the one who builds the nation, and mould future President, and mould the future journalist is the teacher.”

“When we are celebrating the teacher, I don’t think it would be suicidal for us to say that we have too many holidays so we cannot add that of the teachers. Even those who are dead and gone, we still celebrate them.”