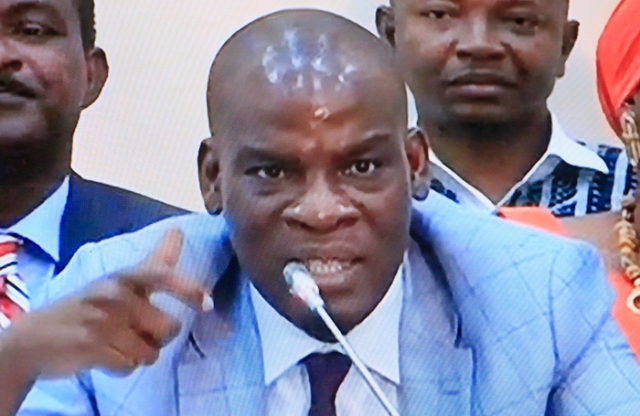 The Minority in Parliament is urging the Akufo-Addo government to include continuing students when it firms up its budget for the free senior high school (SHS) policy which takes off in 2017/18 academic year.

They say the policy must not only benefit new entrants into Senior High but must include continuing students.

At a press conference in Parliament House Wednesday, Minority leader Haruna Iddrisu said government cannot set the policy in motion without including continuing students who are as eager to enjoy free SHS as the new entrants.

He was responding to the President's State of the Nation Address delivered to Parliament Tuesday.

President Nana Addo Dankwa Akufo-Addo has said government would fund the cost of public SHS for all those who qualify for entry from the 2017/2018 academic year onwards.

He explained that by free SHS there will be no admission fees, no library fees, no science centre fees, no computer lab fees, no examination fees and no utility fees.

Spelling out the details of the policy “so that no one in Ghana is left in any doubts”, President Akufo-Addo added that in addition to tuition which is already free, there will be free textbooks, free boarding and free meals, and day students will get a meal at school for free.”

Already there has been a hot debate about how this would be funded but the Finance minister, Ken Ofori-Atta, is said to have the last word when he reads the budget next month.

But the Minority leader flanked by his other National Democratic Congress (NDC) Members of Parliament said the president should keep continuing students in mind when drawing the budget.

"We would be waiting for his financing option," he added.

Mr Iddrisu described the President's current situation as being between the devil and the deep blue sea as the President is complaining of not having fiscal space yet accommodating new presidential initiatives.

He wondered how the government will fund the cost of the implementing the policy having bastardised borrowing, and also threatening to cut down on some taxes which are sources of revenue.