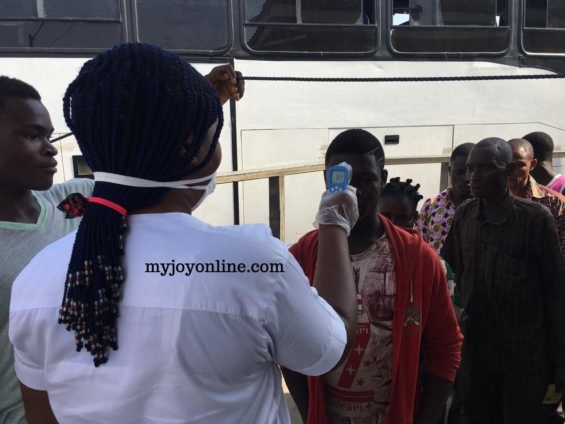 Dr Michael Owusu indicated that if 78 out of the 1,030 people who were mandatorily quarantined have tested positive for the virus, then the country should be expecting more cases, particularly at the community level.

He believed that because mandatory quarantine was delayed, people have already entered the country with the virus and have possibly infected numerous people.

He said on Joy FM’s NewsNite Thursday edition: “if you should extrapolate the prevalence two or three weeks back, you can do the multiplication and imagine that a number of cases that are walking around with the disease and have not been tested or quarantined.

“So I wish the mandatory quarantine came somewhere two or three weeks ago and it would have given us the upper hand over the situation.”

The Researcher argued that it is too early to measure the pervasiveness of the situation until the pandemic is under control.

“Perhaps in the next two to three weeks as cases begin to show up at the hospital and as people begin to call in with coughs, difficulty breathing and showing symptoms of the virus then we can properly make a strong estimate of the problem,” he stated.

However, Dr Owusu was optimistic that should government and major stakeholders implement strategic plans and carry out mass testing at the community level, the chances of the situation getting out of hand could be curtailed.

Meanwhile, President Nana Akufo-Addo has directed that individuals who came into the country from abroad on or after March 3, should be identified and tested for the Covid-19.

The directive according to government is to contain the coronavirus outbreak in the country.