The eruption took place at 04:15 local time (14:15 GMT) on Thursday, and scientists say further activity is likely in the near future.

Staff at the volcano observatory and the national park had been evacuated.

Since a new zone of Kilauea began erupting almost two weeks ago, lava has wrecked dozens of homes and forced hundreds of people to be evacuated. 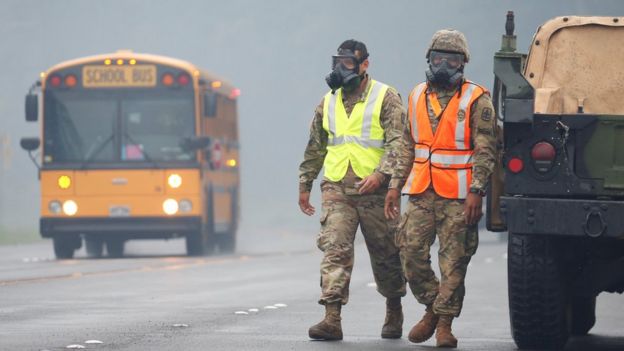 The US Geological Survey had warned that an explosive eruption at Kilauea was becoming more likely as the volcano's lava lake was lowering.

This increases the risk of steam-powered explosions as the magma meets underground water.

Hawaii's emergency management agency advised people in the area affected by ash to stay in their homes if possible.

Warning from @CivilDefenseHI that an explosive eruption has occurred at #Kilauea. Ash plume expected to spread to SE. Driving conditions may be dangerous. Shelter in place if you can.

Kilauea is one of five active volcanoes on the island of Hawaii.

It is one of the most active in the world and has been erupting continuously, though not explosively, for more than 30 years.

Even before Thursday morning's explosive eruption, the ash plume from the volcano could be seen from the International Space Station. 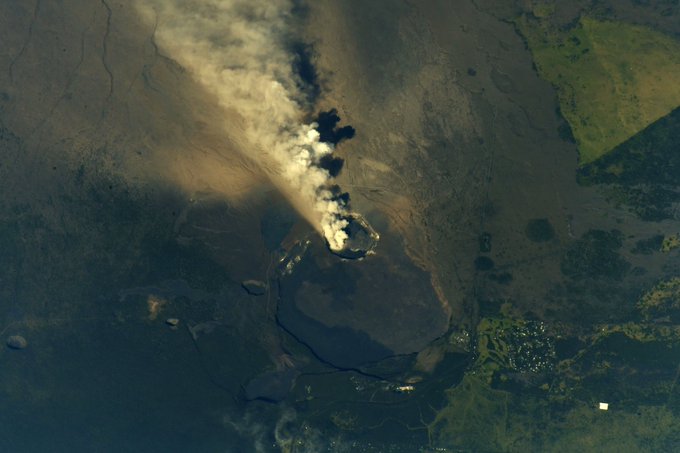 It is easy to see the activity on Hawaii’s #Kilauea Volcano from @Space_Station. We hope those in the vicinity of the eruption can stay out of harm’s way. 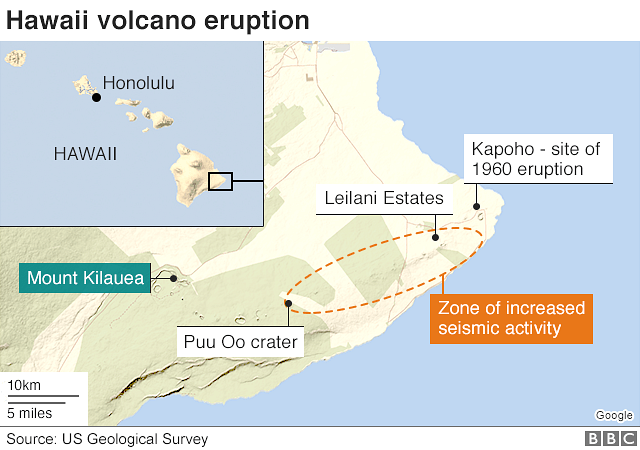