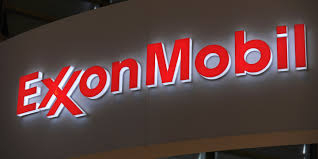 Exxon Mobil is seeking buyers for its stake in a large undeveloped gas field off Tanzania, according to three banking and industry sources, as the company focuses on the development of an even bigger project in neighbouring Mozambique.

The planned sale is an example of Chief Executive Darren Woods’ strategy of freeing up cash and narrowing the American firm’s focus on a number of giant projects around the world deemed to have the best prospects, including in Mozambique, Guyana and U.S. shale.

Woods, who became CEO in January 2017 after predecessor Rex Tillerson retired and became U.S. secretary of state, has come under heavy pressure from investors over the past year to turn around the world’s largest publicly-traded oil and gas company as its output and earnings sagged.

Exxon holds a 35 percent stake in Tanzania’s deepwater Block 2 field that was discovered earlier this decade. It holds an estimated 23 trillion cubic feet of gas, according to the website of Norway’s Equinor, which operates the block and holds a 65 percent stake.

The prospect has faced repeated delays in recent years due mainly to a lack of infrastructure and regulation for the country’s nascent oil and gas sector, complicating any sale. The sources said the value of the asset was unclear due to early stage of development and uncertain future.

A spokesman for Equinor declined to comment on the sale process. He said the company had not changed its plans in Tanzania.

Tanzania has moved down the priority list for Exxon after it acquired a 25 percent stake in the gas-rich Area 4 development offshore Mozambique $2.8 billion from Eni last year.

Area 4, holding an estimated 85 trillion cubic feet of gas, is one of the world’s largest gas discoveries in recent years, and far bigger than the Tanzanian field. The project is also far more advanced – it is already under development and expected to start production in 2022.

Houston-based Exxon has also taken charge of the development of the liquefied natural gas plant at the site.