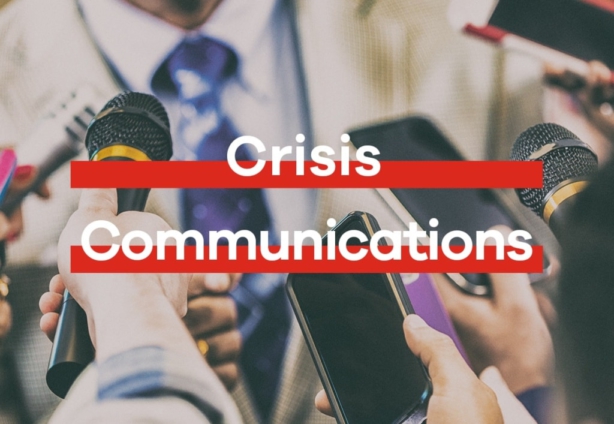 For the first time in a generation, many of us are waking up to a pandemic of epic proportions, one whose response and management will become a case study for future studies. Case studies that will be critical for all spheres – Medicine, Governance, Psychology, Politics and many more.

Personally, my interest is in one particular sector – communication, and for what it is worth, that art and science of communication at a point as this is not business as usual. Communication at such a time is Crisis Communication not for the mere fact that we have a crisis at hand but how and what is communicated can undo the gains chalked or expected.

I have a strong love for crisis communications and the opportunity to see how people communicate when they have the spotlight on them is one I crave. And oh! we have had a few brilliant ones globally and locally and yes; the learnings have been many.

I also have to acknowledge that there have been a lot of times where the crisis has been worsened by the person mandated to speak on the issue and it is in those instances I have had cause for deep learnings.

I will share two of my favourite local examples with you. The first one is the 2004 saga of the Ghana Airways shut down, and the man who led the communications at the time was Mawuko Afadzinu, He was always calm, provided accurate information and generally stayed ahead of the propaganda.

Wink!!!At the time, we didn’t have social media but a lot of people who had messed up on traditional media. Maybe, just maybe, the man knew his stuff well or it was ‘only God’ as his first name translates to in Ewe (Ghanaian dialect). In the end, the company folded up nicely and we hardly remember the voice who spoke throughout the crisis. And that is the thing; very good communications people are never remembered, but try being a bad one…

My second all-time favourite local example is when Ghana lost its sitting President, H.E Prof. J.E.A. Mills. It had never happened before in the country’s history. We had our local customs to deal with the death of a leader, but this was no ordinary leader. He was the sitting president of the country.

Which protocols to observe and which ones to ignore was always top of mind. Out of this conundrum emerged the stellar performance of the Information Minister at the time, Fritz Baffuor. Press releases and press briefings were succinct. Customs, culture, diplomacy and all other protocols were observed remarkably during that period. I recall how the press release to announce the death came from the Chief of Staff at the time (because in Ghanaian culture news of death are announced by the elders); and the seamless blend with the late President’s family. Oh, that was classic!

Now to the ones I hate!! And I have a million local ones and two million global ones, however for fear of being victimised, let me give you my all-time bad crisis communication person globally, and the winner is ……(suspense music) the Chief Officer for Digital and IT of the South African Revenue Service (SARS) – Madam Mmamathe Makhekhe-Mokhuane (SARS is the revenue collection unit in South Africa).

Her choice of dressing was inappropriate (unless she took the call/interview while attending the funeral of a relative) her posture was off, she was not on top of the information and she totally confused the issues. Imagine she had a Pierse Morgan or a Bernard K. Avle on the other side. This woman, oh sorry, Ma MMamathe (as she will likely be called in my hometown) would run for cover – watch the interview and agree or disagree with me

Another least favorite is Tony Hayward, CEO for BP oil during the oil spill in America, after having downplayed the severity of the issue, given promises he didn’t have control over, tried to shift blame to other companies, his final “No one who wants this thing done more than I do and I want my life back “comment was the nail in the coffin. Oh! Where are the memes when you need them most? Fast forward 10 years on and the Prampam pall bearers will be carrying Tony after that statement and yes you will most definitely hear the ti ni ni ni ti ni ni ni tini tini tini tune.

These memories of mine I have shared are and should be text book case studies for us in the business of communication. The learnings are many and at such a time that we are experiencing a pandemic and communication remains critical to the understanding and stemming of the spread of the novel corona virus, I choose to share learnings from the above examples sited and the many I haven’t mentioned.

Anyone speaking for an organization or government at this critical time should have the following pointers as guide;
1. Accept and Involve Stakeholders as Legitimate Partners,
2. Listen to People,
3. Be Truthful, Honest, Frank, and Open,
4. Coordinate, Collaborate, and Partner with Other Credible Sources,
5. Meet the Needs of the Media and remain accessible
6. Accept uncertainty
7. Assessing the crisis situation
8. BE CONSISTENT!!!!!!!!

The spokesperson in every crisis is the most important person (not necessarily the subject matter expert). This is because a mistake from the spokesperson can negatively affect the crisis and escalate it further. The spokesperson must remain,

These things I have learnt creates room for all kinds of mischief, a few days when it appeared the President of Ghana Nana Akufo Addo was taking longer than usual to update the nation on the state and measures taken in the fight against the COVID-19 pandemic, miscreants started sharing all kinds of notes and updates supposedly coming from the presidency. What this tell me is that, a gap in credible and reliable information gives way for fake news to circulate.

Will it not have been nicer if we knew that, during this period of uncertainty, we will be addressed by the President every Monday and Friday at 9:00 am, instead of the ad hoc schedule and ‘as and when style’ addresses we have now? Oh! How about the Minister’s press briefing every Tuesday and Thursday at 9:00am? And lastly updating the website with new cases every morning at 10:00 am to prevent the circulation of fake news.

These notwithstanding, let me doff my hat off to the Minister of Information, Kojo Oppong Nkrumah, for once again showing that we can communicate effectively in times of crisis when we put the best men and women forward. His posturing, calm demeanour and consistency has endeared him to many hearts mine included.

While the world battles the COVID-19 pandemic in every way it can, there definitely are learnings in communicating at such a time and I am on the look out for such, as Bob Riley put it, Hard times don’t create heroes. It is during the hard times when the ‘hero’ within us is revealed. Let us look out for our compatriots in the communication sector who are rising to the occasion to support and learn from them.

The writer does not profess to be a master of crisis communications but has an opinion just like you.