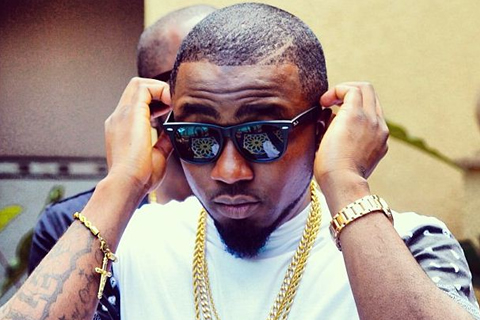 Fans of popular Nigerian rapper, Ice Prince have expressed mixed reactions over his inability to renew his contract with his former music label, Chocolate City.

Prince had on Thursday announced his departure from Chocolate City, stating he had to leave because his contract with the label was over.

The departure of the rapper had come as a surprise to his fans as he had recently been made the Vice President of the Chocolate City Group.

This had created the impression that he was officially a member of the label.

Prince, who informed fans on social media of his new record label called; “Super Cool Cats’’, promised to give more information on the label in the coming weeks.

The rapper, who wrote on his Instagram page that Music producers like Mr Kamera and King Illkeyz were part of his new record label, had also signed on a fashion designer.

In spite of the unexpected surprise of the rapper’s departure from the label he had been with for eight years, the rapper had continued to receive accolades from fans for signing on to a new label.

Jude Olalekan, a night club DJ based in Abuja, congratulated Prince and wished him well in the new company.

“I was definitely surprised to hear that he was leaving that label and going to another that I have honestly never heard of. I’m sure he will succeed there, because he is a talented guy so I will just wish him the best in this new journey,” Olalekan said.

Cassandra Agim, a bartender in Krystal Lounge in Abuja said she was sad to learn that the rapper was leaving and wished that he would continue to be productive in his new label as he was in the former one.

“I have always loved Ice Prince right from his Oleku days and I am really sad to hear he is leaving Chocolate City. That label helped him become internationally known and he won a BET award in the United States for his amazing songs. I pray he doesn’t regret this move and that he remains productive in this new label,” Agim said.

Femi Idowu, an instrumentalist who performs at hotels and nightclubs in Abuja, stated that it was most likely that the rapper had issues with the label which made him not to renew his contract.

“This doesn’t make sense to me, because just a few months ago he was made Vice President of Chocolate City and now he just left because of a contract?

“I can’t say I believe that the people who made him Vice President didn’t know that his contract was coming to an end. It’s just not reasonable. “I don’t think anyone can walk away from a group that boosted their career and made them who they are.

“The fact that a track produced by Chocolate City for Ice Prince made him win a Black Entertainment award known as BET all the way in United states, and he feels he shouldn’t renew his contract makes me think there is a problem between both parties but I wish him the best.”

“I am just impressed with the fact that there is a fashion designer in the label.

“I saw pictures of the designer’s work on the Instagram page of the new label and this will go a long way to inspire designers like me.

“It is nice that a music label wants to integrate fashion into their brand which makes them a high fashion label of some sort,’’ Egwebe added.

According to him, we will judge the music when they start producing his new album.