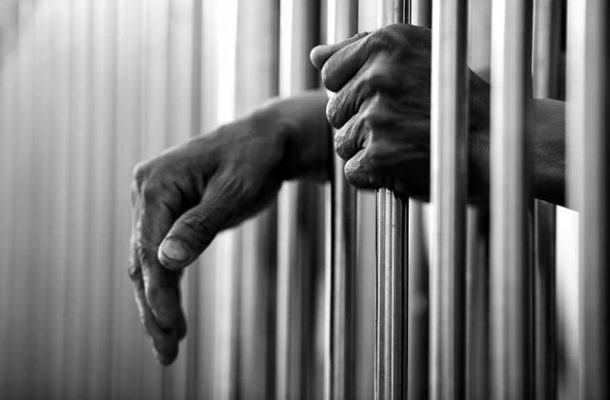 The Asamakese Circuit Court has sentenced a 40-year-old man to 15 years imprisonment for defiling a 13-year-old girl at Akwatia Zongo.

The convict, Aminu Yakubu will serve his jail term in hard labour.

He was convicted on his own plea when he was charged with defilement contrary to section 101 subsection (1) of the criminal offense Act 1960 (Act 29).

Inspector Richard Adu Sarkodie, the Prosecutor, told the court presided over by His Honour, Abubakari Abass Adams that the complainant, Aminu Mafus is a mason and a sister to the victim while the accused, Yakubu is a farmer who all resides in Akwatia Zongo.

He said in April 2021, a teacher of the victim saw changes in the victim`s behaviour and movement in school and tried to interrogate her.

Upon interrogation, according to the prosecutor, the victim narrated to her teacher “that in February 2021, the accused, Aminu Yakubu sent her to buy drinks, and on her return, he locked her in his room and forcefully had sex with her”.

Inspector Adu Sarkodie explained that the victim said after the act, the accused told her she will die as soon as she informs any other person.

The complainant was informed about what happened to the victim and an official report was made to the Police in Akwatia who referred the victim to the St. Dominic Hospital for examination.

It was later revealed by a medical report that the victim is pregnant for more than eight months.

The police inspector stated that on August 29 this year, the convict was arraigned after he was arrested.