Farmers to demonstrate against implementation of cocoa farmers pension scheme 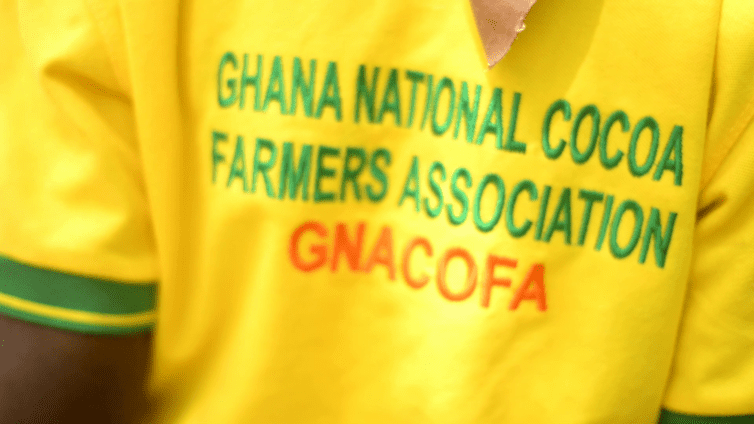 The Ghana National Cocoa Farmers Association (GNACOFA) has planned a mass demonstration on December 1 to protest what they call an unfair implementation of the cocoa farmers’ pension scheme.

This scheme is being rolled out on a pilot basis, starting from New Edubiase in the Ashanti region.

But the Association is unhappy with the composition of the Board of Trustees of the Cocoa Farmers Pension Scheme.

The Ghana National Cocoa Farmers Association is made up of farmer groups in 47 communities, smallholder cocoa farmers and co-operatives.

The Association is not enthused with the rollout of the pension scheme, starting from New Edubiase.

As a result the President of GNACOFA, Stephenson Anane Boateng, warned of a planned demonstration.

“The foodstuff we produce will never move from our farm gates to the market. Farmers will also not take part in the national farmers day event. Our cocoa will not be sold to the government. Though President Akuffo Addo has launched the pension scheme, we are not happy with its implementation”.

The Association has proposed bonuses and premiums of farmers are used to cover costs to NHIS as Farmers Mutual Health Care.

Some cocoa farmers who spoke to Joy News are much concerned about their health care.

“As old as I am, my health insurance does not cover my drugs. I have spent a lot of my life farming, but I have nothing to show for it,” She bemoaned.

Another said “Cocoa house is situated in Accra. It is only staff of COCOBOD who have access to free medical care at the cocoa clinics. However, we poor farmers pay for medical care. Is this fair? he asked.

Another said, “It is our sweat that has been used to build these cocoa clinics. But we do not enjoy its services,” he said.

The farmers prefer services like mass spraying, pollination, pruning, fertilizer and extension officers to be based on support from cocoa generated funds, instead of common funds.

They believe this will ensure constant cash flow.

DISCLAIMER: The Views, Comments, Opinions, Contributions and Statements made by Readers and Contributors on this platform do not necessarily represent the views or policy of Multimedia Group Limited.
Tags:
Cocoa farmers
Ghana National Cocoa Farmers Association
Pension scheme for cocoa farmers