Two West Virginia towns have been evacuated after a freight train carrying crude oil derailed and burst into flames.

Local websites published images of large flames and a thick plume of black smoke near a partly frozen river.

At least 14 cars were affected and one plunged into the Kanawha River, state officials said.

There are also reports that a train car crashed into a house, but there were no initial reports of fatalities.

Rail company CSX said in a statement that one person was being treated for potential inhalation, but no other injuries were reported.

Residents of Adena Village and Boomer have been urged to evacuate after the accident happened at 13:30 (18:30 GMT).

Darrin McGuffin, about a quarter-mile from the scene, told the BBC the fire was still out of control late in the afternoon.

He estimated about half a mile of the river was burning. 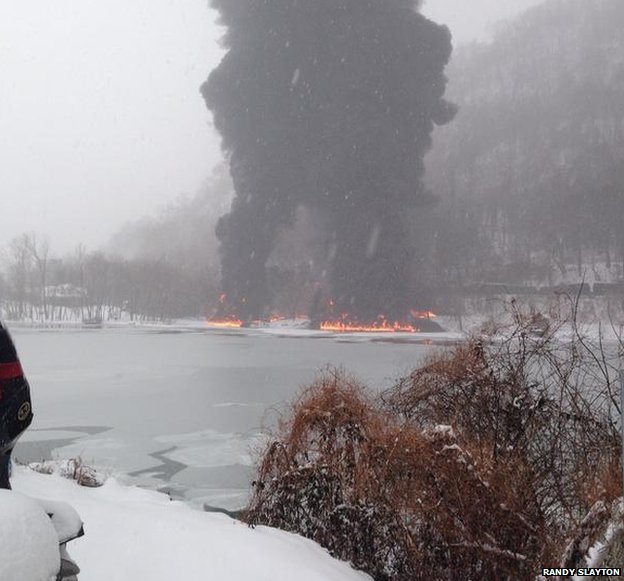 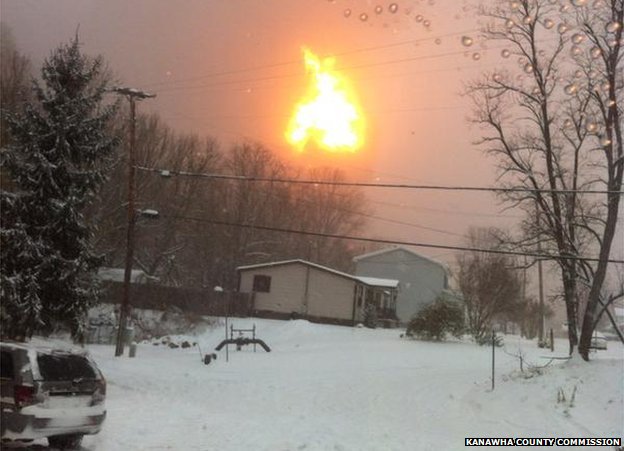 Lawrence Messina of the State Department of Military Affairs and Public Safety told the BBC the car that fell into the river is leaking oil.

The state was under a winter storm warning and getting heavy snowfall at times, with as much as five inches in some places. It is unclear whether the snow contributed to the crash.

The train consisted of two locomotives and 109 rail cars and was travelling from North Dakota to Yorktown, Virginia. 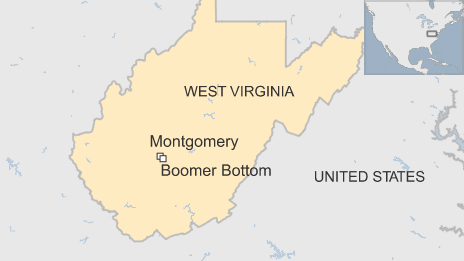