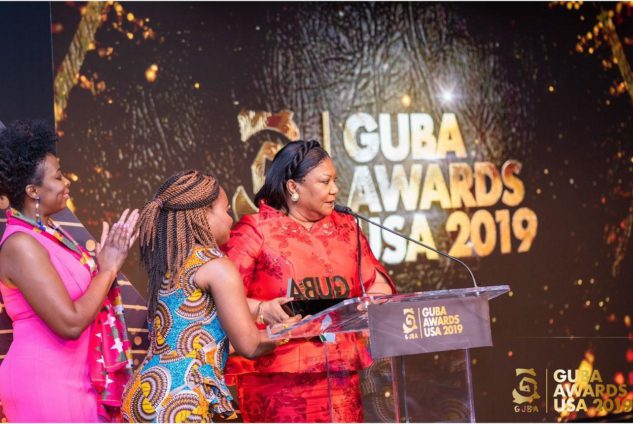 First Lady Rebecca Akufo-Addo and the Vice President of Costa Rica, Epsy Alejandra Campbell Barr, will both attend the 2021 GUBA awards in Accra.

The awards to be held on November 8, 2021, will mark a centenary of the passage and resilience of Nana Yaa Asantewaa, the influential warrior and Queen mother of Ejisu, who rose to lead an Asante army against the British.

The confirmation from the two high profile dignitaries, the First Lady and Vice President of Costa Rica, was followed by earlier confirmations of attendance by President Nana Addo Dankwa Akufo-Addo.

“The First Lady has officially responded in a letter to our invitation to participate in the awards including some other notable dignitaries that we have so far invited. The list of high profile dignitaries is growing by the day”, GUBA Enterprise’s President and CEO, Dentaa Amoateng MBE indicated.

The confirmation of attendance by the First Lady, according to GUBA’s President and CEO, goes a long way to affirm the importance the First Lady attaches to issues concerning women and the need for them to be recognized at all levels.

“The First Lady believes that this year’s awards which is to celebrate the role of women and how courageous and resilience they have been especially in this pandemic and in the last century, resonates with the event’s theme, “Celebrating a Symbol of Courage and Resilience”, Dentaa Amoateng MBE noted.

2021 marks exactly 100 years of the death of Yaa Asantewaa, the last African woman to lead a major war against colonial powers in 1900, where she played the role of the Commander-in-Chief of the powerful Asante Empire.

While celebrating Yaa Asantewaa, the awards will also recognize the contribution of Black women in the diaspora and Africa.

The 2021 GUBA Awards will also raise awareness on maternal mortality and call for measures to ensure safe child delivery across the continent.

GUBA Enterprise believes that every child, born and unborn, has a great potential and must be given the opportunity to fulfill this potential