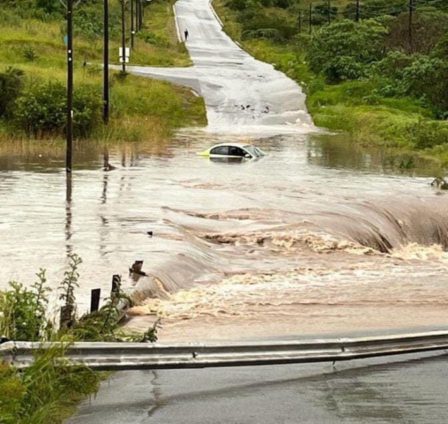 Officials in the South African province of Eastern Cape say at least six people have been killed in flash flooding triggered by heavy rains.

The provincial premier, Oscar Mabuyane, has been visiting the worst-affected district – a low-lying area of East London.

Dozens of people living in a township to the east of the city have been displaced.

Officials said some roads had been completely submerged, complicating access to distressed communities.

Videos on social media show the extent of the flooding.