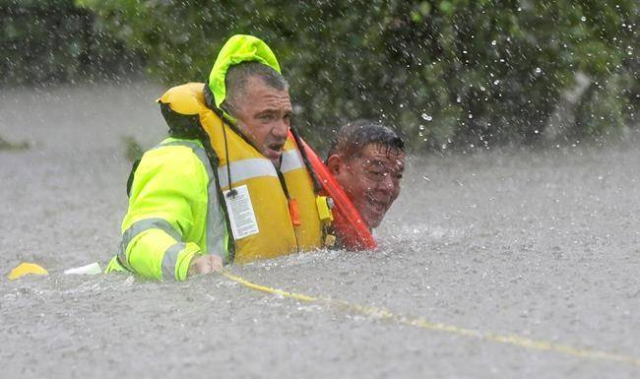 The US city of Houston has declared a night-time curfew as it battles the impact of Hurricane Harvey.

The storm has dumped record rainfall over the past four days, leaving large parts of the city underwater and at least 15 people reported dead.

Houston's mayor, Sylvester Turner, said the curfew was essential to head off looting in the US fourth biggest city.

Mr Turner said the curfew would help prevent "property crimes" against evacuated homes, and was in force "only to prevent potential criminal acts".

He will not be visiting Houston. The White House said he did not want his visit to disrupt the emergency response.

Mr Trump has already declared a federal state of emergency in both Texas and nearby Louisiana, where Harvey is expected to make landfall again on Wednesday morning.

The move releases emergency government funding and other assistance.