Floods force Indian couple to float to their wedding - in a cooking pot - MyJoyOnline.com 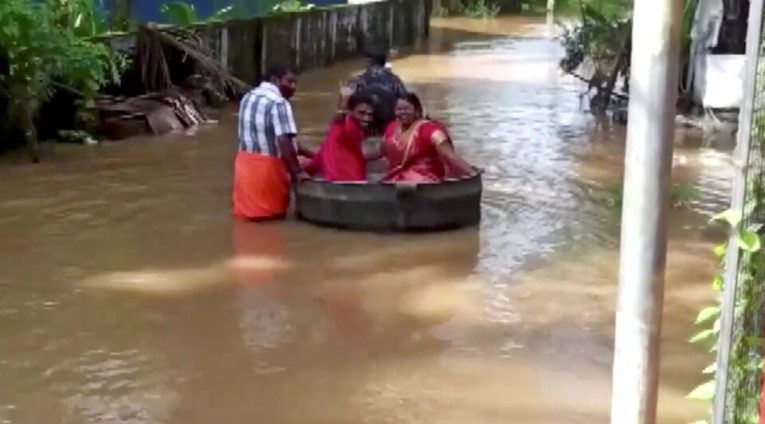 When floods hit southern India, it looked as though a young couple would be unable to make their wedding. But they managed to reach the temple by floating through the flooded streets in a giant metal cooking pot.

The couple, identified by local media as health workers in the town of Alappuzha in southern India’s Kerala state, could be seen smiling and waving in their ceremonial clothes, as two men waded through hip-high waters to steer their pot to the temple.

They were married in a Hindu ritual with only a small number of guests, while brown water lapped up at the edge of the building.

Rains across Kerala have triggered flash floods and landslides in several areas, killing at least 22 people. Kerala suffered its worst floods in a century in 2018, which killed at least 400 people and displaced around 200,000.