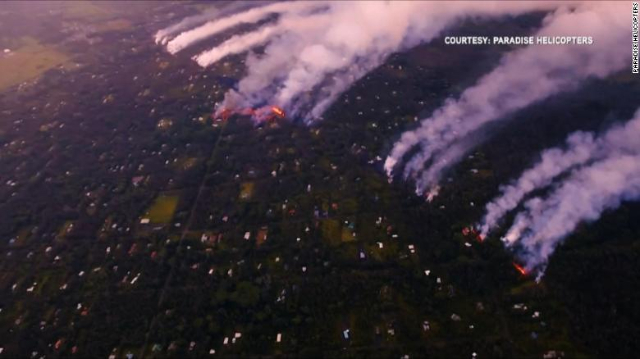 Flying lava has struck a tour boat in Hawaii, injuring 23 people, officials in the US state say.

An explosion sent rocks and debris hurtling through the air and through the roof of the tourist vessel.

One passenger broke a leg while others suffered burns. The authorities are investigating.

The lava is from Hawaii's Kilauea volcano, which erupted in May and has been spewing out gas and molten rock ever since.

The explosion left a gaping hole in the roof of the tour boat, which had been taking visitors out to view lava plunging into the sea.

Those injured are being treated in hospital.

Will Bryan and his girlfriend Erin, who were on the boat, described the terrifying moment when the vessel was hit.

"As soon as you saw it coming there was no time to move and the worst part was you're in a small boat," Mr Bryan told the BBC.

"So as you're getting pelted with this lava there is nowhere to go. You only have like 20 feet (six metres), and everyone is trying to hide at the same spot. It was actually rather terrifying.

"For a little bit afterwards there was just chaos, and the captain tried to do what he could to keep everyone calm but you can't. Erin's face was covered in soot and my back was hot. It was just scary," Mr Bryan said.

Some passengers told Hawaii's Department of Land and Natural Resources that the boat was outside a safety zone established by the coastguard. 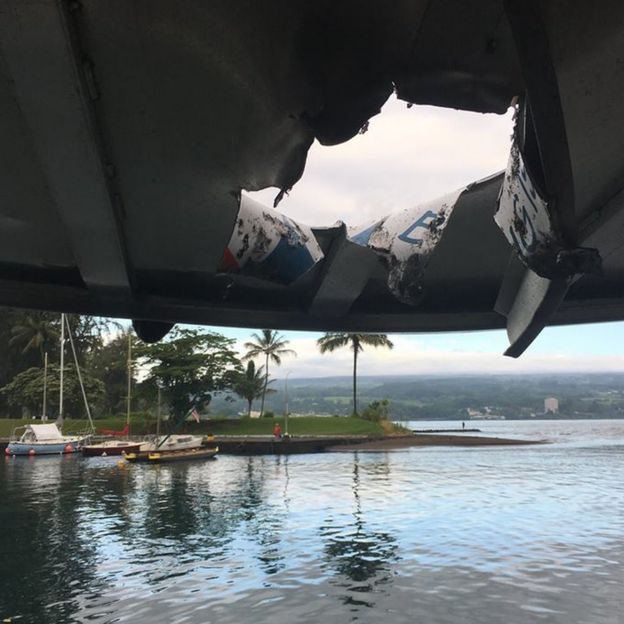 Officials have warned of the dangers of toxic fumes, created when molten rock hits the sea and forms hazardous clouds containing hydrochloric acid and glass particles.

Kilauea is one of the world's most active volcanoes, and its eruption has destroyed hundreds of homes and forced thousands to evacuate.

But until now there had only been one serious injury, a man whose leg was hit by a projectile of molten rock as he sat on a balcony.

Last week, scientists at the US Geological Survey said the flow of lava had created a new small island. 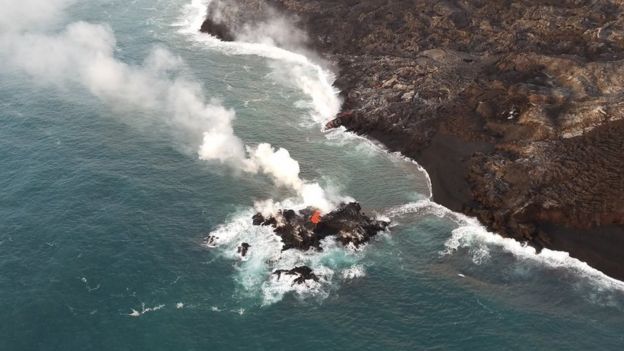