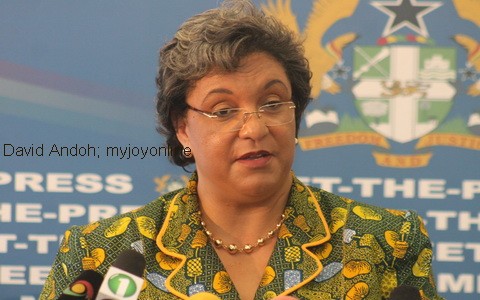 Government says its initial investigations into alleged involvement of its Mission to Japan in gambling suggest, the immediate-past Ambassador to Japan, William George Mensah Brandful, signed documents regarding rental of the premise said to have been used for the illegal activity.

Tokyo police are reported to have asked current Ghana's Ambassador to Japan, Edmond Kofi Agbenutse Deh to consent to questioning over an alleged lease contract made for a room in Tokyo operating an illegal casino there.

The report which appeared in some major Japanese newspapers including NHK World and Tokyo Reporter, said some ten employees working at the secretly operating casino at Shibuya, a suburb in Tokyo, were arrested for allowing customers to play baccarat- a gambling card game played at casinos.

The Police also seized more than one hundred thousand dollars in cash.

The Minister in a brief statement issued Thursday said: "We [Ghana] are also conducting our own investigations with the assistance of our current Ambassador and the Staff of our mission in Japan".

"Apparently the documents indicating the rental of the premises were signed by his immediate predecessor in 2012. We will keep the public informed of any further developments," the statement noted .