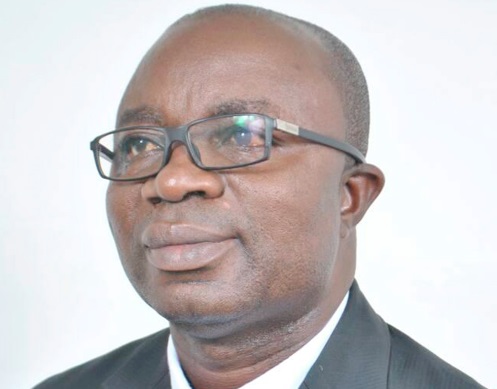 The Appointment Letter, sighted by JoyNews, is signed by the Chief of Staff, Frema Osei Opare and addressed to Mr Assibey–Antwi.

“Pursuant to Section 15 (1) of the Ghana National Service Scheme Act, 1980 (Act 426), I am pleased to inform you that the President has appointed you to act as the Executive Director of the Ghana National Service Scheme (the “Scheme”), pending receipt of the constitutionally required advice of the governing board of the Scheme, given in consultation with the Public Services Commission,” parts of the letter read.

The former Mayor takes over from Mustapha Ussif who vacated the position after joining the 8th Parliament as MP for Yagaba-Kubori Constituency in the North East Region.

Mr Assibey–Antwi is expected to, within 14 days, indicate his acceptance or otherwise of the appointment.

Mr Assibey-Antwi, 56, is a native of Kuwawu Wonoo in the Ashanti region and served as Deputy Ashanti Regional Minister under President Kufuor’s administration from 2006 to 2009.

He served as Ashanti Regional Vice Chairman of the NPP from 2000 to 2008 and attempted to make it to Parliament in 2008 on the ticket of the Manhyia Constituency but was unsuccessful at the parliamentary primary in 2007.

He holds MBA in Marketing and is a certified member of the Institute of Commercial Management.

He worked as an Assistant Inspector of Taxes responsible for Financial and Administrative at the then Internal Revenue Service (IRS) now part of the Ghana Revenue Authority.