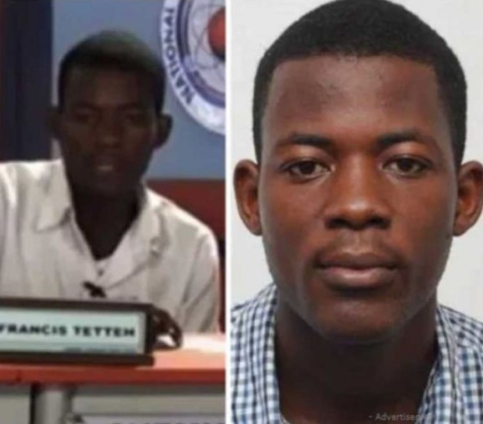 A former contestant of the National Science and Maths Quiz (NSMQ), Francis Tetteh has passed on after a year-long battle with cancer.

The bright lad who represented Chemu Secondary School in the year 2013 according to reports died on Saturday, April 10, 2021.

Aged 27, Francis Tetteh was studying for his PhD in Mechanical Engineering at York University in Canada until his untimely demise.

His desire to attain the highest education led to his decision to move to Canada in 2018 to obtain a PhD.

He completed his Bachelor of Science degree with First Class (Honours) in Materials Science and Engineering at the Kwame Nkrumah University of Science and Technology (KNUST) in Kumasi.

His passing has left many lovers of NSMQ on social media perturbed with many sympathisers sending in their condolences to the bereaved family.