Four problems Council of State ex-gratia could have solved 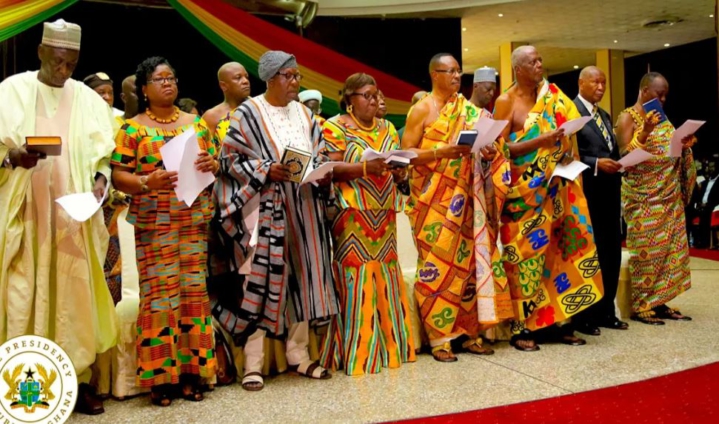 The first loan of the Akufo-Addo administration was approved in April 2017, a little over three months after taking office. That loan was a $2million facility from Société Générale Bank.

It was used to buy new cars for members of the Council of State, advisors of the president, who are often made up of accomplished Ghanaians.

Per Ghana’s constitution, members of the Council of State are also entitled to ex-gratia.

An immediate past member of the Council of State, Togbe Afede XIV, has announced his reasons for rejecting GH₵365,000 ex-gratia paid to him.

Togbe Afede XIV, a businessman and paramount chief of Asogli State in the Volta Region, has called the sum “unconscionable” and “inappropriate”.

“I believe it was paid to everybody who served on the Council of State. However, I thought that extra payment was inappropriate for a short, effectively part-time work, for which I received a monthly salary and was entitled to other privileges. So, I was very uncomfortable with it,” he said in a press statement.

He continued, “I want to add that my rejection of the payment was consistent with my general abhorrence of the payment of huge Ex Gratia and other outrageous benefits to people who have by their own volition offered to serve our poor country.”

In total, GH₵8.76 million was paid as ex-gratia to the members of the Council of State for their four years of service to the state.

What the Council of State ex-gratia could do?

If the GH₵8.76 million was put into infrastructural development, it could have built 12 six-classroom blocks at a cost of GH₵ 700,000 each.

If it went into procuring dual desks for schools, it could have procured 87,600 desks at GH₵ 100 each and saved 226,542 pupils from learning on the bare floor.

It would have provided 4,171 beds to deal with Ghana’s no-bed syndrome in public hospitals.

In the health sector, it could give life to 604 pre-mature babies in need of incubators, sold at GH₵ 14,500 each. Incubator shortages in the country’s major hospitals is a major headache for the healthcare systems. In some facilities, three babies have to share a single incubator while some health facilities don’t have any at all.

Data from the Ghana Health Service indicates that at least 8,700 children pre-term babies die in the country annually.

Some Ghanaians have long described the Council of State as a useless entity. Members are supposed to advise the president but the Supreme Court ruled in  in 2015 that their advice was not binding on the president.

The following is the full list of the members of the Council of State from 2017 to 2020, the period Togbe Afede XIV served:

DISCLAIMER: The Views, Comments, Opinions, Contributions and Statements made by Readers and Contributors on this platform do not necessarily represent the views or policy of Multimedia Group Limited.
Tags:
Council of State
Togbe Afede