France to fine people up to $423 for dropping masks 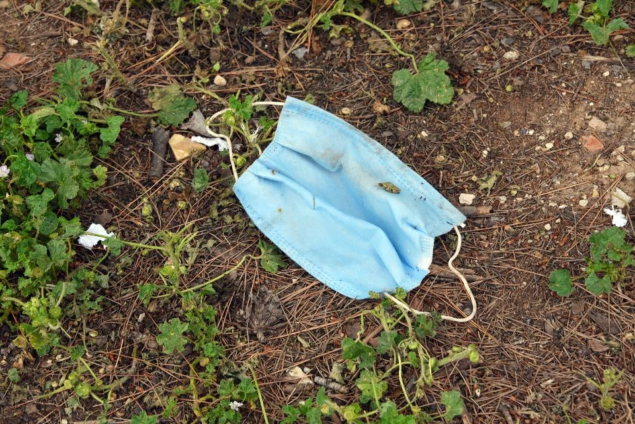 A discarded face mask lies on the ground during quarantine

The Secretary of State for the Ministry of Ecological Transition, Brune Poirson, has tabled a bill to drastically increase the fine given to anyone dropping a mask to €135 ($150) in France.

The bill is part of a movement towards a circular economy which is being ramped up with the increase in plastic waste caused by the Covid-19 pandemic–more and more masks and plastic gloves are being found on the ground across many of France’s cities and towns.

Le Parisien listed the length of time that certain waste products take to decompose in nature. Toilet paper might last several weeks, a cigarette butt takes one to three years, but a surgical mask might last 300 to 400 years before disintegrating.

Fines would also increase by the same amount for people caught dropping a cigarette butt, surgical gloves or any other piece of rubbish on a public road or pavement. The law currently says that people can be fined up to €68 ($76).

Brune Poirson said in a statement that “any waste thrown on the ground often ends up in the ocean,” and so it becomes a public health issue. “If we want clean seas and oceans, it starts with clean sidewalks”, he noted.

Whilst there have been many short-term positive environmental impacts from Covid-19–a global reduction in air travel emissions, the increase of wildlife and decrease in pollution across many cities and towns–the huge spike in the need for PPE (personal protective equipment) has led many to speculate about the waste mountains that might be left behind after the pandemic.

As quoted in EuroNews, from a WWF report, “if just 1% of the masks were disposed of incorrectly and dispersed in nature, this would result in as many as 10 million masks per month polluting the environment.”