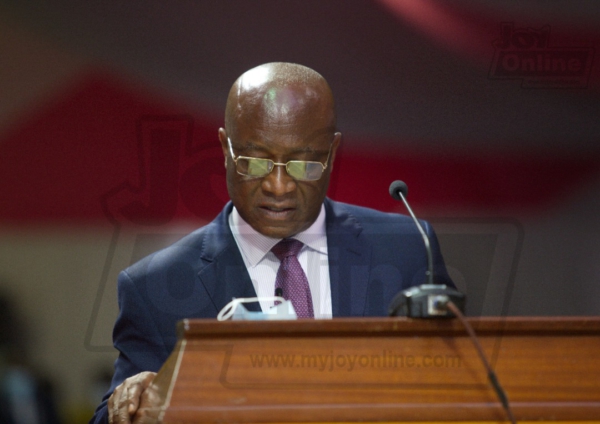 Listening to the Budget on Friday, I felt very ashamed and disappointed as a Ghanaian who had high hopes for the future. A National Budget in a pandemic must offer hope and inspiration.

This budget does not inspire confidence for the future of the Ghanaian youth. It kills the aspirations of young businesses and seeks to further worsen the plight of the poor and vulnerable through obnoxious tax regimes.

As a lawyer and a student of economic policy, who finds myself at the law-making chamber, my hope and aspiration is to support programs that would deal with systemic inequality and provide hope for the youth.

Obviously, this budget did not provide this hope. Not for me, the people of Madina and certainly not the business community.

It is basic economics that taxes contract the economy through reduction in consumption and spending, increases the cost of business, and leads to high cost of products because the burden of tax is transferred to the final consumer and ultimately leads to high inflation.

It is very insensitive for the government to take this approach in the management of the economy because it is the ordinary Ghanaian that suffers in the end. This is certainly insensitive and dishonest particularly when the President came into office promising to shift the focus of the economy from taxation to production.

The Government said they are better managers of the economy and yet are being very dishonest with the deficit position of the country. Government claims that it resorted to borrowing due to Covid-19, and the need to provide austerity measures to reduce the impact of Covid-19.

Again, Government according to the budget statement ‘suspended the fiscal responsibility rules for 2020 financial year in accordance with section 31 of the Fiscal Responsibility Act (Act 982)’, which should have capped the deficit at 5 percent. Thus, the capping takes into consideration all government expenditures including banking sector cleansing and any other false majeure such as Covid-19.

However, Covid-19 only contributed 2.7 percent of the GDP.  Thus, it is now left in no doubt that the claim of the government to be better managers of the economy is not supported by their deficit position, as compared to the record of the NDC which recorded deficit of 7.8% of non-rebased GDP as at 2016, in the absence of the Fiscal Responsibility Act (Act 982), and in the face of managing major energy crisis and considering the downturn in global oil prices. Government must therefore admit that it resorted to reckless spending on account of the 2020 election.

Debt stock increased by 139% under this Government in 4 years

For the Covid-19 Trust Fund, the use of GHS45,218,313.23 out of GHS57,134,093.58 funds mobilized ought to be audited to ensure prudent use of financial resources. How do we know that the said claim is true without an independent audit?

Being a government with records of serious corruption sagas and also noted for fighting persons who demand accountability, considering what has happened to the Auditor General, Special Prosecutor and other notable journalists, the government will do itself good to allow an independent audit of the Covid-19 Trust Fund to reassure Ghanaians that the funds are being used judiciously.

Construction of National Cathedral during Pandemic is misplaced priority

I am disappointed that the budgeted reported that despite the pandemic, work on the National Cathedral continues, whereas work on the promised 88 hospitals and subsequently reviewed ‘Agenda 111’ as well as the promised 600 bed hostels for kayayeis have not been given any serious attention. Continuing the construction of a pandemic during a pandemic whilst you do not have adequate hospitals, vaccines and medical supplies, and rest places for vulnerable persons like kayayeis is a misplaced priority.

Whilst I support a National Rental Scheme in any way that can reduce the burden of rentals for young people, the Scheme as has been presented in this budget does not provide ways to reduce the housing deficit which currently stands at about 2 million, according to estimates from the Ghana Statistical Service (GSS).

Government must therefore implement the Rent Act of Ghana to enable monthly payment of rents and not necessarily to help pay rents which ought to be the responsibility of citizens; and also seek to provide in excess of 100,000 housing units annually to meet the current demand for housing. Government must engage Stakeholders to fashion out a better way of implementing a Rent Scheme that will be in tandem with our laws than what is provided in the budget statement.

For providing loan support to tertiary students, question is why should students believe that a government that failed to support the payment of fees for Tertiary students will put in place sustainable measures to achieve this promise?

For Transport Sector Recapitalisation Project (TSRP), what happened to Government’s projects to provide sky trains in Accra to reduce the traffic congestion in the capital?

Again, providing lease to own arrangements is a lazy way of addressing transportation challenges – In any case, roads must be dualised and opened up to accommodate more vehicles before such policies are rolled out. Government by this project is failing to do the needful but rather engaged in the fanciful.

For Rural electrification, Government ought to have achieved 100% electrification of the country by the year, 2020. However, the National Electricity Access Rate was only increased from 84.98 percent to 85.17 percent from January 2020 to December 2020, representing an increase of 0.19% only.

However, from 2009 to 2016, electricity coverage increased from 55% to 83%, representing an average of 3.5% per year as compared to electricity coverage from 83% to 85% representing an average increase of 0.5% per year under the Akufo Addo Administration. In order to achieve 100% electrification, annual average electrification rate must be increased from 2.6 percent to 4.4 percent, according to the Center for Global Development (CGD).

In conclusion, for a budget statement called “Wonya wor hien” Budget that seeks to offer hope for the future to provide all the above hopelessness is very worrying. For this budget to be progressive, it must provide stimulus for the private sector and address the concerns raised in this article.

The Youth need jobs, and the current economic environment reflects the downward trend with respect to relevant global indices such as the ease of doing business ranking where Ghana has declined from 114th to 118th as compared to the 2016 rank of 108th; and index for economic freedom where government has obtained an average score of 57.28 over the past four years as compared to 78.63 from 2013 to 2016.

The writer is a private legal practitioner, Human Rights activists and the Member of Parliament for Madina