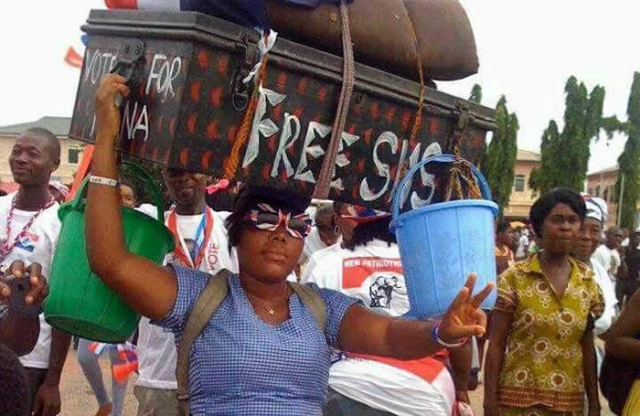 Mr. Cudjoe says proper checks were not conducted before the implementation of the policy which is now burdening the economy.

His comment comes on the back of rumours that government intends to announce new taxes during the 2018 Mid-Year Budget Review to finance the free education policy.

The Minority in Parliament raised red flags about the rumours and warned the government to be wary of burdening Ghanaians in its attempt to save face, adding that the fiscal problem is a direct result of shallow opportunism and populism.

Minority Spokesperson on Finance, Cassiel Ato Forson, who read the release by the Minority said the electoral promises made by the New Patriotic Party (NPP) during the 2016 elections were intended only to get them elected and convey an impression of fidelity.

“The reality, however, is that it has led to a major problem for the economy which has translated into severe hardship for the generality of our people,” Mr. Ato Forson said.

The said government's implementation plan was characterised by poor targeting — or doing proper background checks to ascertain families are willing and able to pay their wards’ fees and those who cannot.

The Free SHS policy, according to him, is collapsing the economy and government needs to redefine the policy entirely and devise better ways of raising funds to support the policy instead of raising taxes.

“If we cancel the Kelni-GVG contract, we can have a free GHS300 million to do other things even if it’s not the Free SHS,” he noted.

He said both the National Democratic Congress (NDC) and the New Patriotic Party (NPP) governments raised GHS338 million and GHS328 million from Service Communication Tax in 2016 and 2017 respectively, monies he alleges that the Communications Ministry wants to dissipate through the fishy Kelni-GVG revenue monitoring contract.

Meanwhile, Campaign Coordinator of ISODEC, Dr. Steve Manteaw also said on the show that the challenges emerging from the Free SHS is self-inflicting and avoidable.

Dr. Manteaw says the increased cost of bureaucracy which includes but not limited to the 110 ministers and the creation of deputy director positions in state enterprises have equally added to the problem.

He also proposes that government must widen the tax net instead of increasing taxes on Ghanaians already burdened with tax payments.

“People should be made to show their tax payment to qualify from the Free SHS and this will encourage those in the informal sector to pay taxes,” he said.