Free SHS is on its knees begging to survive – NDC Communicator 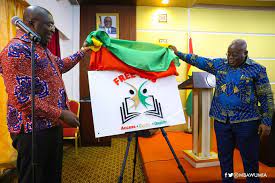 A member of the NDC Communications Team, Osman Ayariga has stated that, the Free SHS policy is struggling to survive.

He explained the policy is on its knees begging to survive because it was not properly implemented by the NPP Government.

“Free SHS is on its knees begging, the Minister of Education is currently engaging parents to solicit funds to sustain it. Parents are now paying more on education under the Free SHS policy than it used to be,” he stated.

Speaking to host of Prime Morning Show, Daniel Dadzie on the Joy Prime Channel Monday, the outspoken communicator said, the policy is not working due to lack of funds. According to him, the phenomenon is affecting students’ performance.

“Students go to school for six months and stay home another six months. Parents are forced to pay for extra classes which are expensive than the actual school fees,” he added.

Prior to its implementation, the policy was an integral part of NPP’s campaign during 2012 and 2016 elections.

The policy’s seeks to address issues with access, equity, and equality in fulfilling the United Nations modified Sustainable Development Goals, where member countries amalgamate those themes in their educational systems to certify adequate learning experiences for students.

However, the policy had received setbacks in terms of financing and infrastructure. This resulted in the Double-track system. The system has students grouped into Gold and Green batches. The batches run shift to complete a semester due the inability of most Senior High Schools’ to accommodate them.

Mr. Ayariga explained that the Free SHS was not properly financed. He believes this has degraded Senior High Education in the country.

“People should not talk as if Free SHS has solved Ghana’s problems; Government needs to do more because the policy was not properly implemented, forcing parents to pay extra fees. The party has failed to live up to expectations,” he stressed.