Former French President Nicolas Sarkozy has been taken into police custody for questioning over allegations that he received campaign funding from the late Libyan leader Col Muammar Gaddafi.

Police are investigating alleged irregularities over the financing of his 2007 presidential campaign.

Police have questioned him previously as part of the probe. Mr Sarkozy has denied any wrongdoing.

The centre-right politician failed to return to power in 2012.

Judicial sources said he was being questioned in Nanterre, a suburb in western Paris.

In 2013, France opened an investigation into allegations that his campaign had benefited from illicit funds from Gaddafi.

The sources said one of Mr Sarkozy's former ministers and a close ally, Brice Hortefeux, was also being questioned by police on Tuesday. 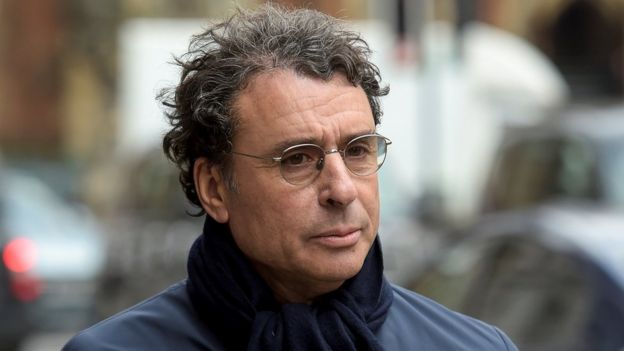 A former aide, Alexandre Djouhri, is fighting extradition to France after being arrested in London in January on suspicion of money laundering as part of the case.

The Swiss businessman has denied the allegation and says the investigation is politically motivated, according to Reuters news agency.

The claims about funding from Gaddafi came from a French-Lebanese businessman, Ziad Takieddine, and some former Gaddafi regime officials.

So is Mr Sarkozy being prosecuted?

The investigation has not reached that stage yet. "Garde à vue" – custody – means he can be held and questioned by police for up to 48 hours. Then he may appear before a judge and may face charges.

French media say it is the first time that police have detained him over the Libya allegations.

But he was detained in 2014 in a separate investigation into alleged campaign funding abuses – the first time this has happened to a French ex-president.

What are the specific allegations in this case?

In November 2016, Ziad Takieddine told the French news website Mediapartthat in 2006-2007 he had handed over three suitcases stuffed with 200- and 500-euro notes to Mr Sarkozy and Claude Guéant, who was his chief of staff. 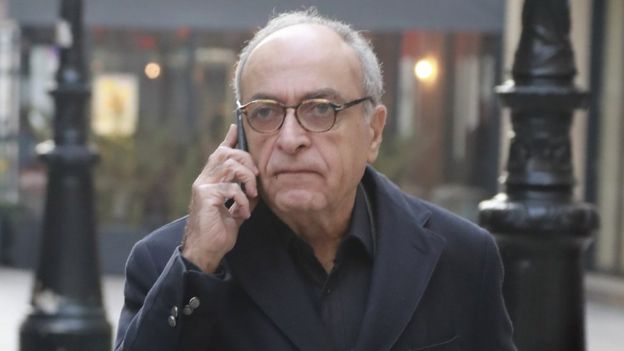 Mr Guéant, who was managing Mr Sarkozy's presidential campaign at the time, told the franceinfo website on Tuesday that he had "never seen a penny of Libyan financing".

He was placed under formal investigation earlier this year over a €500,000 bank transfer in 2008. He has denied wrongdoing and claimed the money came from the sale of two paintings.

Possible charges in this case would be influence peddling, fraud, handling of stolen goods and money laundering.

What about the other Sarkozy investigations?

Mr Sarkozy has been ordered to stand trial in a separate case of alleged illicit campaign financing.

It is alleged that he engaged in accounting fraud to overshoot the ceiling for campaign expenditure in 2012, which was €22.5m.

Mr Sarkozy denies he was aware of the overspending.

The affair is known as the Bygmalion scandal.

In connection with his 2007 campaign, Mr Sarkozy was previously cleared over claims that he had used secret funding from L'Oreal heiress Liliane Bettencourt and that he had tried to influence investigating magistrates.