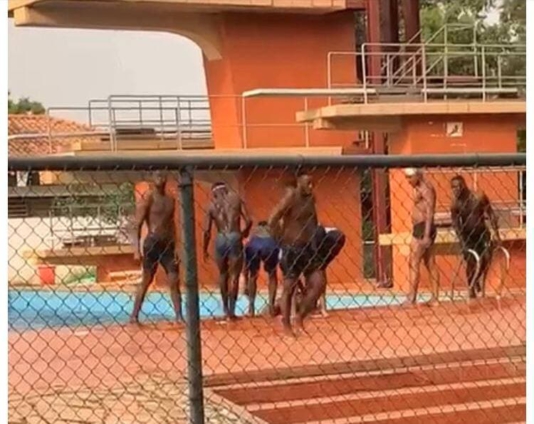 A fresher of the University of Ghana has died after attempting to swim at the school’s swimming pool.

The student, whose name is yet to be known, is said to have lost his life after he attempted to swim at a deep end of the pool on Saturday, January 29.

Eyewitnesses who spoke to campus-based Radio Univers indicated that the victim was asked to depart from the dangerous side of the pool.

“Usually, the swim instructors, If they don’t see you swimming there always, they know that you are not really good at swimming per how you kick and all and they ask you to go back.”

According to reports, he did not heed the caution, leading to his death.

“So the guy went to the 21ft and was asked to go back the first time….not knowing he went there again and the next thing they heard was that he had drowned,” the eyewitness said.

In a viral video making rounds, some persons were seen trying to retrieve the body of the supposed drowned student from the pool.

University authorities are yet to comment on the development.